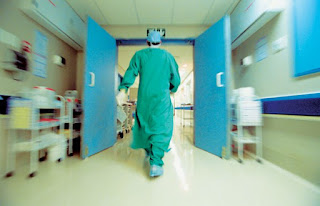 “Bomb” in the planning of the economic staff of the government puts the decision of the Î¿Î»Î¿Î¼Î­Î»ÎµÎ¹Ï‚ the Court of auditors that it considers…
unconstitutional the cuts that were made in August 2012 on the salaries of staff and the pensions of retired doctors in the NHS.
The decision is expected in accordance with estimates to create the need to find additional 220 million. euro, without, however, be possible retrospectively, was taken after an appeal by a retired physician.
Even more of a “headache” to the government creates the anticipation of a decision of the Plenary of the Council of State following an appeal for cuts of approximately 15.500 practicing doctors in the NHS. If, however, the Coe does not follow the “line” of the Court then the case will be the judgment of the Supreme Special Court, as there are different decisions on the same issue from two Supreme courts.
As reported in the Nation Sunday soon expected to be published and Î±Ï€Î¿Ï†Î¬ÏƒÎ¹ÎµÏ‚ to justify not only the pensioners of other special Î¼Î¹ÏƒÎ¸Î¿Î»Î¿Î³Î¯Ï‰Î½ (ÎµÎ½ÏƒÏ„ÏŒÎ»Î¿Ï…Ï‚, professors of UNIVERSITIES, directors of NHS) but also those that they deem unconstitutional the special contribution of solidarity to overturning and the calculation of pensions over 1,000 euros.
When asked to comment on the decision of the minister of the Interior Panagiotis ÎšÎ¿Ï…ÏÎ¿Ï…Î¼Ï€Î»Î®Ï‚ said that “everything will be done but after you get out of the assessment and the regulating of the debt”.
Source