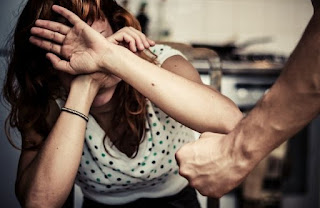 There is a…
Russian proverb, relative to domestic violence, says man who beats his wife, shows his love in this way. It seems, that the Russian government shares so that the popular saying, that he decided to see domestic violence with the other eye, and in particular that of decriminalisation.
In the last few days, the Russian parliament is considering a bill by which the exercise of violence against the spouse or child is no longer a criminal offence, unless by the exercise of force may result in damage, such as broken arms, legs, etc., but again under certain conditions.
If, in the end, voted for the law, then the perpetrator will be facing just a rudimentary fine, up to 15 days in jail and community service. The makers report that the draft still needs a lot of editing until it is submitted to the vote, however, the original version was adopted by the parliament with 385 votes in favour and just 2 against. Creepy, especially if one considers that in Ï…Ï€ÎµÏÎ¸ÎµÎ¼Î±Ï„Î¹ÎºÎ­Ï‚ votes belong to those women members.
Women’s organisations are protesting, and rightly so against the disgraceful bill, arguing that the vote by the Russian parliament automatically means targeting of a victim of domestic violence, and the moral and practical coverage of the perpetrator, but also of the mindset that propels and justifies violence in all of its manifestations.