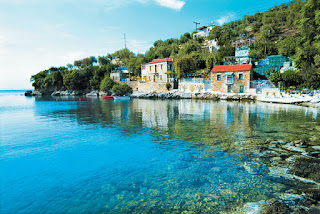 The protagonist of the case not only booked deluxe room, but shouted, and his group of friends, to enjoy with all the comforts of…
He vacations like a king for six days and six nights in luxury hotel in Pelion, but ultimately left behind fez 5.900 euro. The incident happened in August of 2015 in Tsagarada, while ie had already implemented the capital controls. The deft found the opportunity to declare that you will pay the accommodation and the food with invoice. Greece she sighed like a pair then at the ATM and realizing the particular economic climate, the innkeeper accepted the method of payment, but until today still waiting to get his money back. In fact, this is not an isolated incident. Last year there were at least three – four cases in Pelion which have been reported to Justice, causing widespread concern.
In another case of 2015, which also was terminated, the deft withdrew one day before the expiry of the residence and got away with it so the payment, after we had arrange to take back his identity back. In fact, he had made a noise in the Address of the hotel when he arrived in the fullness of time and had to leave. There was no available room to extend his stay and eventually for the convenience of the hotel keeper turned in another professional in the industry, in order to cover the night for a few nights until the room we wanted the customer to be free again, and the hospitality of the to continue.
Lawsuit for fraudulent services has submitted to owner a luxurious hotel in Pelion, who was forced to resort to the last refuge of citizens, Justice. The client resided in a luxurious apartment with all the comforts for six days in August where the traffic in Pelion is growing rapidly and due to the high demand, the accommodation is more expensive. Yes, hosted and friends, sharing with him all of the benefits, so the vacation to be memorable not only for him but for everyone, and much more-as it turns out – and for the hotelier.