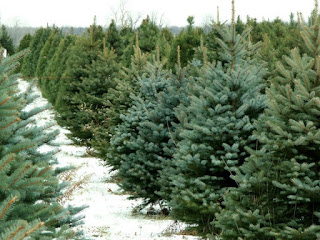 The market christmas tree touches the world over 4 billion dollars… and this year all indicate that you may grow more, due to… price.
In accordance with the enikonomia.gr, the depreciation of the currencies of Denmark and Norway, from where originate the most impressive trees of the european markets, favours this year, consumers in the Euro area, but also in the M. Britain.
The fir Nordmann, known as the fir of the Caucasus, is the favorite christmas tree of the Germans. Almost 90% of the trees sold in Germany, Christmas, include in a particular type. The element that makes it so popular is that you don’t lose almost all their needles.
Despite the fact that these trees are planted, grow and are cut in Germany, the seeds imported from Georgia. The fir trees cut in areas with very dense vegetation, so as not to obstruct growth of the remaining trees. Today, however, almost all christmas trees come from nurseries.
In the US operate to 15,000 farms and forest schools, where they grow to 400 million trees for the “needs” of Christmas, without having to “bleed” the woods.
In times of crisis, the Union of interests of forest schools, the National Christmas Tree Association, has a powerful argument: the natural christmas trees ensure 100,000 jobs.
In addition to the aesthetic and tradition, there is the political-economic aspect, because plastic trees are at a rate of 85% imported from China. Only the transfer of “green brush for cleaning the toilet” as they are called satirical, they leave a not unimportant footprint of carbon dioxide in the atmosphere.