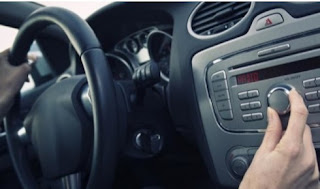 Have you ever noticed that when you are driving and are looking for something on the road, almost…
unconsciously you close to the sound of the radio, or the windows to have complete silence in the cabin of the car?
Have you ever wondered why all of the people all over the world, irrespective of origin, gender, age and mental status they do exactly the same thing?
In a survey on the use of mobile phone while driving, Steven Yantis, a professor in the Department of Psychological and Brain Sciences at Johns Hopkins university, had this to say:
â€œTo direct your attention to listening to what you say on the phone, essentially ” closes the entry of other stimuli in the audio-visual part of the brain. The evidence we have now shows clearly that the attention is limited to a large extent. When the person’s attention is focused on a stimulus-let’s say, in this case, the conversation on the mobile phone – automatically results in a â€œcostâ€ to the ability of the brain to focus and in a second stimulus-in this case, the visual stimulus of the driver of the vehicleâ€.
Dr. Yantis reported in the cognitive skill of divided attention, or the ability of a person to be able to perform multiple tasks and dissipate successfully the attention to two things at the same time. It is generally much more difficult than the selective or focused attention to a single stimulus.
The factors that â€œcome into playâ€ is the ability of your attention and the requirements of data processing, i.e. whether they are two areas of your brain to process different stimuli.
Corresponding is the situation experienced by the brain and when you hear something on the radio, drive and at the same time we have to devote part of your attention, and in a third stimulus/activity, such as to locate something in the surrounding area.
So, unconsciously, the brain is asking the body to disqualify one from the other stimuli in order to have sufficient processing power to perform the new activity. And the easiest stimulus to foreclose at the time, it’s the radio!