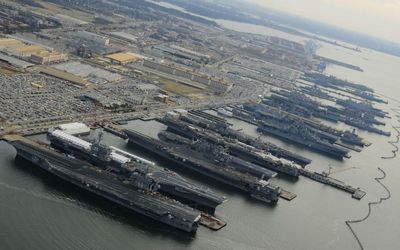 The growing presence of American military forces in Greece worries Turkey, which sees new obstacles in the implementation of its expansionist plans against Greece.

According to Turkish analyst Ozturk Yilmaz, the “accumulation of American forces on Greek soil is aimed at controlling the Aegean in favor of Greece”.

“The United States will in principle control the Aegean here. They will control it in favor of Greece and that base will expand it even more. In fact, they will further support Greece’s positions on the FIR line, the FIR line over the Aegean, as well as on the issue of territorial waters.

They will visibly weaken the Incirlik base and create competition between us and Greece. The USA turned Turkey into an ally on paper only. There is no allied spirit left between us”, he said.

Regarding the old and new American bases in Greece, the Turkish analyst commented caustically that, “they will be used more against us and less against Russia”.