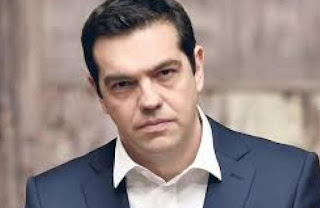 The first interview in the French tv media gave to Alexis Tsipras, who spoke to Canal+ about the economic crisis, the refugee and the reforms in Greece…
The prime Minister appears too optimistic about the course of the government and of Greece, stressing that our country has the opportunity to emerge from the crisis in 2016, but worried and troubled about the international situation. It also expresses the certainty that “the government majority is sufficient because there is a clear and fresh popular mandate”.
The prime minister adds that “we are one step before the first assessment and this step is completed with the implementation of the insurance reform,” and notes that “those who insist that Greece is not going, whether they do it deliberately because they don’t want Greece to proceed, or are not aware of the fact”.
Referring to the international situation, the prime minister states that “beyond the financial crisis, we are faced with the refugee crisis and the terrorist attacks that create a climate of instability and uncertainty. We are in front of risks, created a fertile ground to cultivate the intolerance, the racism, the attitudes that will destroy Europe”, while stressing that “it is time for a broad unity of progressive forces of Europe, for a change of course”.
On progress in the implementation of the program, mr. Tsipras stressed that the government has implemented a marathon legislative interventions, from July until today. Has apply, implement, and vote in more reforms than all the previous governments with the 4 previous years, with the main sign of the maintenance of social cohesion.
For insurance, mr. Tsipras states that it is a reform that they have not dared to touch the governments in the last 20 years, while they saw that the Insurance led to a dead end, with the bleeding of the funds, the explosion of the black work. For this we proceed with social responsibility, with an emphasis on social justice, and a readiness to be confronted. Ear means left-wing government in conditions of crisis.
The government majority is sufficient because there is a clear and fresh popular mandate, stresses the prime minister, and adds that for the first time, first we had a deal after hard negotiation, and then we had elections and the Greek people knew what the alternatives are in front of him.
Mr Tsipras expresses certainty that Greece has every opportunity to emerge from the crisis in 2016, while notes that after the imposition of capital controls a lot of people thought that 2015 will end with a recession of 4%. And yet, it closed with zero recession. It took a lot less money for the recapitalisation of the banks from what they had estimated. In six months from today, Greece goes to positive growth.
Refugee
For the refugee, the prime minister stresses that concerns the whole of Europe, and notes that some countries close their borders, they keep anti-european attitude. The host countries, it adds, should be supported and at the same time, we need to stop this drama of the drowning of hundreds of people daily, in the seas of Europe, in the Mediterranean, in the Aegean sea.
For the course of the country and the tactics of the government, mr. Tsipras stated that the Greek government gives you a battle of values, as a pioneer in the struggle to change the correlations in Europe, in a progressive direction , and stresses that an important chapter for the country’s culture, and not even the laurels of the past, but the culture today is produced in this place and that may be a modern identity, but also a real ambassador of Greece and hellenism around the world. Is a major priority for us to move to a new type of cultural renaissance, says mr Tsipras.
The government’s aim is, in accordance with the prime minister, in five years from now, in 2021, supplemented 200 years since the Greek revolution, Greece is a different country. A country where its citizens will live in an environment of meritocracy and fairness, a lasting and deep democracy, an enduring cradle of Democracy and of world culture.