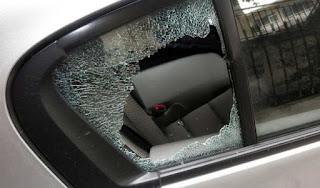 In broad daylight “hit” the perpetrators of theft from parked IX passenger car in the center of the… Tower, they managed without being seen, to break the glass and grab as much the amount of 20 mm. euro was in a purse, the owner of the vehicle.
The incident, happened, in accordance with information, a little after 12 noon yesterday and on the road Manolopoulou in the Tower, with unknown perpetrators to “hit the jackpot”, as well as, within a few minutes, they broke into the vehicle and removed the large sum of money. The strangers, without being seen by someone, despite the fact that the car was in a central street of the city, and while the owner had parked for a few minutes, they broke the driver’s window and the inside of the car, grabbed a purse, which contained the total amount of 20 mm. euro, from payments made by 30-year-old representative and various personal documents.
The unlucky owner of the vehicle, complained of the incident to the Police Authorities, by officers of the Division for Security Tower to carry out investigations to identify the perpetrators.
Source