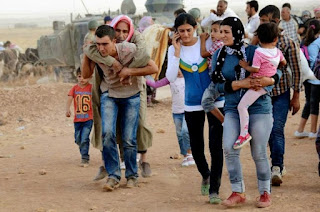 Through an interview in the Frankfurter Allgemeine Zeitung this time…
leader of the Parliamentary Group of the European People’s Party, says that Greece is in breach of the treaty and proposes that Frontex, which will act when countries are not able to control the external borders of the Union.
Manfred Weber mentions that “Greece does not protect its borders in accordance with what is set out in the current Treaty of Schengen, and consequently is in breach of European Law” and completes that in the event that neither the Frontex is not in a position to secure the border, then consideration should be given to the temporary exit of a country from the Schengen area.
Referring to the possibility of intervention of Frontex in the Greek-Turkish border, even against the will of the Greek government’s Manfred Weber underlines that “the Turkish border is secured and the German border, as we see every day here in Germany. In this case no longer applies to the argument about sovereignty. When a member country is not able to respond anymore to obligations, voluntarily assumed, then Europe should be able to take over the reins”.
Source