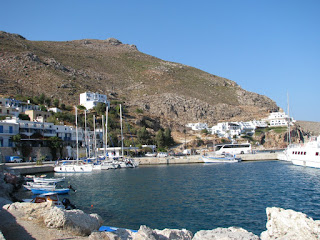 With cautious optimism, but also with Î±Î½Î±Î¶Ï‰Ï€Ï…ÏÏ‰Î¼Î­Î½ÎµÏ‚ hopes to more effectively deal with climate change caused by…
continued strengthening of the Greenhouse was completed the 21st Global Conference on Climate Change in Paris (COP21).
Our country was represented in the Exhibition by the pioneering work of TILOS, which is implemented in the homonymous island of Tilos with funding from the European Union in the framework of the programme HORIZON 2020.
The project, TILOS shall be conducted under the coordination of the Laboratory of renewable Energy and Protection of the Environment of the HIGHER education institute of Piraeus TT (www.sealab.gr), with a contribution of a broad consortium of 15 partners from seven european countries and with the participation of domestic entities private initiative, such as the investment group EUNICE and the company Î•UROSOL, entities of public interest, such as HEDNO, environmental NGOS, such as WWF Greece, but also with the full support of the local community and the municipal authority of Tilos.
In the context of the Project attempts -through the creation of a smart electricity networkâ€“ the island of Tilos to become energy independent from the consumption of imported oil to cover its needs in electrical energy, utilizing the available wind and solar potential of the region in combination with innovative energy storage systems and modern technologies for the management of energy demand.
It is important to note that the energy autonomy of the island will bring not only economic and macro-economic benefits from reducing oil imports and environmental benefits.
It is characteristically mentioned that with the successful implementation of the Project is expected limitation of emissions of greenhouse gases by about 2400 tonnes per year, i.e. an annual reduction of about five tonnes of emissions per resident of the island for a period of twenty years, thereby establishing the Tilos a tangible example of local society that realises the vision for a green and sustainable development.
The director of the Laboratory and coordinator of the Research Project, Dr John K. ÎšÎ±Î»Î´Î­Î»Î»Î·Ï‚ and the head of the implementation of the project Dr. Dimitrios Î–Î±Ï†ÎµÎ¹ÏÎ¬ÎºÎ·Ï‚ express their optimism that the Greek State will assist in the implementation of a project of national importance aimed at protection of the environment, the modernisation of infrastructure in the Greek islands, the strengthening of the insularity for the benefit of local communities and the creation of end of a model example of an integrated and certified energy solution with applicability in a multitude of islands with different characteristics.
Source