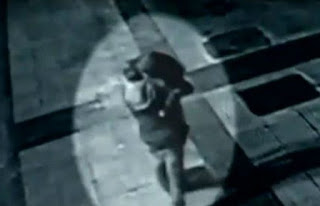 Video documentary captures man with the characteristics of the wife-killer from the Ormylia of Halkidiki, crossing the main street of Athens, having in his arms a child.
The video published by the central bulletin of Alpha, recorded at a point, where witnesses saw a father and son, who looked like the Albanian and the 4-year-old Phoebus, that are sought by 6 January.
“I think that it is the perpetrator 100% because the person that I saw had the same jacket, while the accent and the characteristics of the I realized that it is of Albanian origin,” reveals a witness.
Meanwhile, the manhunt continues for the police to identify and arrest. Roadblocks have been set up on the roads leading to the border with Albania, the cities of Preveza and Thesprotia.
According to information from the person contacted a friend of his in Preveza, saying that he wants to leave Greece, without anyone knowing who was to be his destination. The information, has arrived Tuesday afternoon to the Police and immediately erected a large police operation to identify and arrest.
See the video: