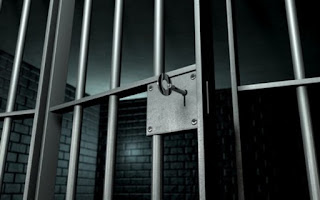 Three years completed the great escape in the Prisons of Trikala. Three years complemented by the largest…
manhunt Greek police for the identification of the eleven villains.
July 2013, the company had focused on the mountains of Souli and in ÎÏ„Î¿Ï…ÏƒÎºÎ¬ÏÎ±, where they had found shelter the Marion Kola and Ilir Cup.
After several days and nights of pitiless persecution, the first killed in the Î’ÏÎ¿ÏƒÏÎ½Î±, in a shootout with police.
The second is pursued, but manages to pass the physical barrier of the Kalama river and a few days later it turns out that he has fled to Albania.
And there but continued his criminal activity up until the time he was arrested, a few months later.
The Ilir Cup, occupied the Albanian authorities until the day of his arrest. Together with his fellow citizens, he was accused of robbery, theft of military weapons, criminal association and other heavy offences he had committed in the territory of Albania.
The Ilir Cup, three years after the great escape of the prison of Trikala, was sentenced to imprisonment for 35 years!
The six members of the criminal organization were imposed overall, the Albanian court, 175 years in prison!
Refuge in Albania, however, has found the third tough guy ÎœÎ¿Ï…ÏÎ±Ï„Î¬Î¶ ÎœÎ¿Ï…ÏÎ±Ï„Î¬ÏŠ. Number one wanted man in Greece, highly dangerous, according to police authorities, it appears that circulating in Tirana with fake data, and develop rich business activities.
Source