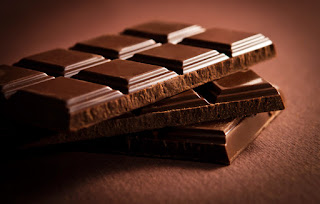 According to the Telegraph and the Independent of the multiple benefits of chocolate highlights, once again, investigation, lasting even forty years…
In addition to the that it reduces the risk of heart disease and stroke and rejuvenates our body, makes us smarter and more efficient.
The study of 40 years was started by the psychologist Merrill Elias, which followed the relationship between blood pressure and cognitive performance in 1,000 people in the state of New York and proves that moderate consumption of chocolate leads to improved cognitive performance.
After a few years, the study was expanded to include other dietary habits. There have been seven “waves” of research until today, each performed with a 5-year-old.
Dr. Elias said: “we Found that people who eat chocolate at least once a week tend, perform better cognitively. It is important â€“ the results apply to a range of disciplines”.
Indeed, the researchers concluded that the link between chocolate and “intelligence” remained stable even after adjustment for variables such as age, cardiovascular risks, and the dietary habits.
The researchers explained that this “intelligence” translates to capabilities such as to do two things at the same time, to remember a phone number or a shopping list.
In accordance with previous research, chocolate helps us so much because it has flavonoids, which protect the aging brain, but also because it has very important positive psychological impact on us.
Dr. Elias said: “we haven’t explored the dark chocolate separate from the rest of the chocolates. Then maybe we should know a lot more about what’s going on. Also, we have seen only people who ate chocolate never or rarely. I would really like to see what happens when people actually eat a lot of chocolate!”.
Source