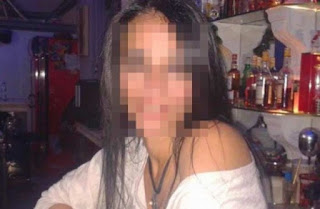 He was tried yesterday in the Mixed Sworn Court of Aigio, the 45-year-old Theodore Î›Ï…ÎºÎ¿Ï…ÏÎ³Î¹ÏŽÏ„Î·Ï‚, who…
on 24 May 2015 had drowned in the bathtub of their home in the area of Î‘Ï…Î³Î¹Î¬Ï‚, 48Ï‡ÏÎ¿Î½Î¿ husband of Georgia Î£Î±ÎºÎ±ÏÎ­Î»Î¿Ï….
The 45-year-old was sentenced to a term of imprisonment of 20 years, as the court has recognized the mitigating factor of the previous honest life and accepted that he performed the crime in the heat.
The 45-year-old by his plea justified the act, saying, “I was fuzzy that day. I was jealous of her because she worked at night in stores. Couldn’t handle it”.
The offender after the murder of his wife had attempted to commit suicide by cutting his wrists with razor blades that he bought after he left the house after the murder, from a nearby supermarket.
The 48-year-old, which came from Thessaloniki, was communicated to the offender a few hours before the murder that he wanted to break up. When the 14-year-old son returned to the house, called his mother on the phone, but she never answered. Called a locksmith at the apartment of the family from relatives of the victim, and when he opened the door, revealed the shocking sight of a woman dead and the gunman next to her, with slashed wrists.
Source