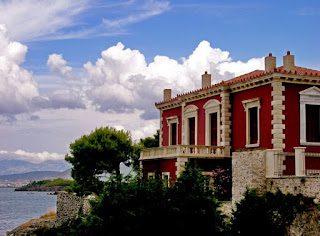 On a property of 120 square meters, with –4 rooms, balcony and parking space, access to…
public transportation and neighborhood with green spaces and parks, you’ll want to reside the majority of Greeks, according to a survey of RE/MAX.
From the evidence of this research, which was carried out in 16 european countries, shows that 7 out of 10 Greeks are living in an owner-occupied primary residence, and 33% of these features and proprietary secondary residence.
According to the data of RE/MAX, 7 out of 10 Greeks declare that the ideal would be to live in a building area of 91 to 150 square meters.
More than 2/3 of respondents would be satisfied to live in a house with 3-4 rooms. Noteworthy is the fact that a very small percentage of citizens will want to live in a house with a few rooms, i.e. below 2, but in a house with many rooms, that is more than 5.
People aged from 20 to 59 years, surveyed in the framework of the research for how many rooms should be available to the ideal house or apartment would choose to live, only 7.2% answered 6 to 10 rooms, and just 8% said up to 2 rooms.
In question for the possession of a second residence, 67.2% in answered in the negative, that it does not have and just 32,8% positive that it has.
However, Greece remains the country with the highest percentage of privately-owned second homes, compared to the rest of europe who participated in this research. Follow with some lower rates of Poland, where the 25,1% of the respondents replied that it is in possession of a second residence, as well as the Turkey with the owners of second homes to reach 24.8%. At the other extreme is Germany, where only 5.4% of respondents stated how they have a second home.
Of particular interest is the fact how the majority of those who do not own a second residence, they have neither main. By comparison ,second-home owners are already owners and main residence , by nearly 40%.
The age determines the decision to rent or purchase b housing
Young people aged from 30 to 39 years old I don’t have a second property at a rate of 72.8%. In contrast, almost one in two of those who answered that they were in possession of a second residence belonging to the age group from 50 to 59 years of age.
Also, 83.3% of those who stated how is it not second home owners, permanent residents of rural areas, while 65% of those who are owners and second-home living in a city or town.
Finally, with regard to the monthly net income of the Greek households and the relationship to the acquisition of second homes, in 32.8% of the positive answers for the existence of a second residence to prevailing high monthly incomes in the range of 3,000 â€“ 4,000 euro in 58,8% and over â‚¬ 4,000 in 44,4%. Different is the picture for those who replied in the negative, as 73,1% receive monthly remuneration not exceeding 2000 euros.
The results of the europe-wide survey of RE/MAX confirms that the acquisition of a property is in the DNA of the Greek when they know that to achieve this goal required hard work, sacrifices and efforts of a whole life.
In particular, the 93.4 percent of the respondents and regardless of age, income, etc. would like to live in a privately owned property and only a 5% of leased housing. Analyzing the 93,4% shows that 81,8% of the respondents would like to live in his own house, and 11.6% in own apartment. This trend is also reflected at the european level, as well as for 91% of Europeans if there was the possibility of accommodation, the acquisition of a residence would be the first priority.
Source