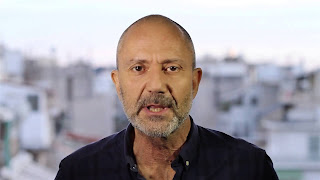 Furore has been caused after the statements of the member…
the New Republic Wisdom Î’Î¿ÏÎ»Ï„ÎµÏˆÎ· that “lovers who kiss in the public gallery of the House had to be arrested”.
“I was consciously absent. In the gallery of the House if it goes a couple, a man and a woman and start kissing or holding hands or applauding the capture of the garrison commander. Here there is no longer discrimination against us. I saw yes, I saw you kissing and I left. I have heard the rapporteur, heard all the rapporteurs, some things have their limits,” said mrs. Î’Î¿ÏÎ»Ï„ÎµÏˆÎ· and tried so to explain her absence from the vote.
However, the well-known lawyer, who, along with his partner was one of the two couples kissed, after the adoption of the pact of cohabitation speaking at the Un,” said: “I Would like to say to the lady Î’Î¿ÏÎ»Ï„ÎµÏˆÎ· that I’m not willing to apologize for a kiss. She should apologize because the government, Î´Î¹Î­ÏƒÏ…ÏÎµ the country with the law on registered partnership, which excludes a large portion of the citizens. It’s Christmas time and the lady Î’Î¿ÏÎ»Ï„ÎµÏˆÎ· should be ashamed that Greece in the past was a homophobic country, and rejoice that in the absence of the Greece moves on”.
And added: “I am Called now to apologize for a kiss that was at 2:30 in the morning, after an exhausting day, and after 30 years of struggle for this category of people who have the right to love each other and kiss each other”.
Source