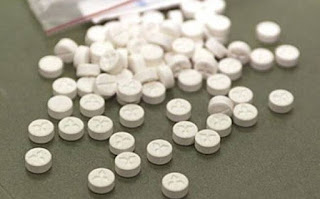 They were arrested yesterday (19-10-2016) at noon in Larissa, greece, by officers of the Department of Narcotics of Larissa, two …
people, aged 60 and 74 years old, doctors in the profession, at the expense of which formed a case for violation of the narcotics act.
In particular, after appropriate use of evidence, police officers of the above Service, yesterday morning, went to the clinics of those arrested, where the physicians he prescribed drugs tablets knowingly that they are not patients, and received from them sums of money in unmarked bills.
In legitimate investigations in the office of 60-year-old, in I.X. a passenger car, which was seized and to the possession of, total found and seized:
(150) sublingual tablets drug-drug,
(15) tablets drug-drug,
(11) transdermal drug patches,
(6) ampoules of the drug the drug,
(343) tablets of various drugs,
(2) potable preparations,
(31) numbered ÏƒÏ…Î½Ï„Î±Î³Î¿Î»ÏŒÎ³Î¹Î±,
(27) evidence for the provision of services and
the amount of the (220) euro and
the amount of (30) euros in marked bills.
Moreover, from the possession of the 74-year-old, as well as in a regular survey conducted at clinic, found and seized:
(407,5) drugs, tablets,
(5) ampoules of the drug the drug,
(5) ampoules of the drug,
(429) tablets of pharmaceutical preparations,
(28) numbered ÏƒÏ…Î½Ï„Î±Î³Î¿Î»ÏŒÎ³Î¹Î± and
the amount of the (435) euro and
the amount of (20) euro in unmarked bills.
The arrested individuals will be brought to mr public Prosecutor at first instance Larissa, greece, while the preliminary investigation conducted by the Dea, Larissa.
Source