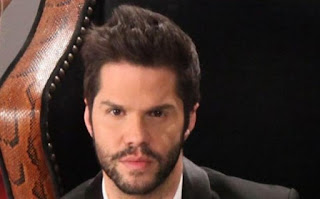 Giorgos Tsalikis for the last few days he experienced an adventure when a stranger was threatening the life of the singer, but of minor children, therefore making up for kidnapping them.
At the end of this adventure, the singer gave the Prosecution of computer Crime, arresting the offender. According to the newspaper “Espresso”, the 35-year-old unemployed from Thessaloniki, on the testimony of the police officers, he said it was a bad time and a stupid thing you did, without giving any more explanations. Yes added that it looks forward to the great heart of the singer to drop the lawsuit and not to seek the prosecution of the.
Giorgos Tsalikis, posted in his profile on Facebook, a message of thanks to the officers of the Electronic Crime, as she had done when he received a strange gift in his dressing room for the children, which she wrote features:
“To the sick guy last night, he did what he did by sending two elderly people with a gift at the store , which was left to the staff of the store ,stuck the names of my children up by writing “I love you too Uncle” and leaving a phone in which he replied by telling me that he is my brother, Dimitris (I have a brother named Panagiotis) by asking “don’t you understand me? you? I’m your Brother …” And then say abnormal things and pretended for the health of my little son. Scenario of a patient show clearly.
My friend …
If you belong to the category of people who have psychiatric problems, I’m really sorry, but you need help …
I can’t blame you, unfortunately ..
However, if are you contemplating this way with such a director , and you’ve wasted so much energy here the world is burning , for you to create for me a mischief before I show up at the store or , more generally, I want you to know that the disruption that will cause you will be multiple !
I have already filed a lawsuit in unknown and I will find you .
And then the “gift” that I’ll do will be a lot better than what you sent for the 3 minor children, “nephews and nieces” your “brother” …
What a sick world my friends ..
Attention and prayer ..
I’m sorry
Giorgos Tsalikis”.