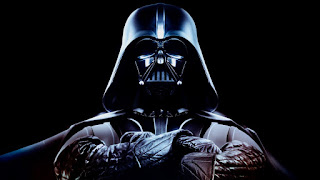 The impressive sets of the film…
Star Wars alternate with the special effects, creating an effect that is breathtaking.
If you are one of the millions of fans of the film series “Star Wars”, you will be thrilled once you learn how you can visit, in fact, a few sites which have been the trademark of the film! Come to find out what these sites!
1. Hotel Sidi Driss, Tunisia
Perhaps the most famous trademark of “Star Wars”. The building is where they filmed the interior of the childhood of Luke Skywalker on the planet Tatooine. Centuries ago, the building operated as a real home. Eventually it was converted into a hotel, in which filmed many scenes in the movie.
2. National Park Redwood, California
The forest of Endor Star Wars is, in fact, the National Park Redwood, California. Most of the scenes of the movie were filmed on private land owned by timber company. Driving through the park gives visitors a sense of the atmosphere of Star Wars.
3. Villa del Balbianello, Italy
In “Attack of the Clones”, Anakin and Padme go to hide in a shelter, in a lake which in fact is a popular destination for weddings is a lake Como in Italy. Located on the edge of a wooded peninsula and is only accessible by boat. The building was built in 1787 for the Cardinal Angelo Maria Durini.
4. Bay Of Phang Nga, Thailand
The favorite of all Wookiee born on the planet Kashyyyk, as seen in the film the “Revenge of the Sith”. It is a lush world, which in reality is the bay of Phang Nga in Thailand.
5. Plaza de Espana, Spain
When Padme and Anakin arrive at a square outside a palace, in fact it is the famous Plaza de Espana, built in 1929 in Spain. Is a square in a semicircle shape that consists of a moat with four bridges.
6. Valley Buttercup, Arizona
Many scenes of the film were filmed in the Valley, Buttercup, Arizona. It was so big the crew of the techniques used acres for the filming of the scenes.
7. Avenue 7 Novembre, Tunisia
When Anakin was a slave in “the Phantom Menace”, most of the filming of those scenes took place in the street of Tunisia. The characteristics of buildings with the vaulted ceilings were the perfect backdrop.
8. Island, Ajim, Tunisia
The city centre of the island Ajim has been a backdrop in many of the scenes of the films of Star Wars.
9. Abu Dhabi
For the new “Star Wars”, director JJ Abrams chose the desert of the United Arab Emirates and not Tunisia.
10. Island Of Skellig Michael, Ireland
Shooting of the film “the Force Awakens” took place in the ruins of the monastery of the 7th century, which is located on the steep sides of the island Skellig Michael.
Source