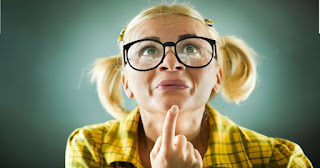 What is it that everyone (almost) smart people together?
Researchers, for years, have seen certain â€œpatternsâ€ in a bunch of aspects and details of human existence, so should not be
surprise no one that have found common characteristics and intelligence.
In detail…
Smoking
An israeli study of 2010 contrasted the intelligence quotient (IQ) of 20,000 new people whether it was smoking or not and smoking. The results showed that:
The average smoker 18-21 years of age had an iq of 94, while the non-smoker of the same age had an average IQ of 101.
Those who smoked more than a pack a day had an average IQ of 90.
Between brothers, the non-smokers were smarter than the smokers.
Music
Many studies show that music helps children’s brain to develop in different ways:
Survey of 2011 showed that the verbal intelligence of children aged 4-6 years of age has increased after just one month of music lessons.
Research in 2004 showed that children of 6 years old which made for nine months of piano lessons had an increase in their IQ compared with children of the same age who did dramatic lessons or no lessons.
Big brother
Older siblings are usually smarter, but this does not seem to be paid to issues of genetic predisposition. Research shows that the older brothers had a small, but significant difference in IQ (an average of 3 points above the closest thing to a brother). In fact, this difference turns out it is NOT due to biological factors or psychological interaction with the parents.
You are thin?
A survey of 2006 showed that the greater the waist circumference, the lower the cognitive ability!
The researchers found that people with a Body Mass Index of level 20 or lower, they could recall 56% of the vocabulary in a test, while those who were obese (with a BMI of 30 or greater), could remember only 44% of the words.
The fatter people also showed a higher rate of cognitive impairment, when tested five years later: The memory in the same test was reduced to 37,5%, while those with a healthy weight, maintained the same level of memory!
Cats
2014 survey showed that people who have cats and no dog for a pet, had better results in intelligence tests!
Breast-feeding
Two sub-studies in babies have shown that those who breast-fed had 7 points higher IQ, because they had the gene, FADS2, which is related to the ability of the agency to process the breast milk in infancy.
â€œSoftâ€ drugs
2012 survey showed that children who at the age of 11 years old had a higher IQ, it was those up to 40 of them would have tried the so-called â€œsoftâ€ drugs (mainly marijuana).
Left-handed!
Survey of 1995 showed that the left-handed men perform better in tests of differential thinking and problem-solving.
Height
Research from the Princeton university in the USA showed that from the age of 3 years, when the school education has not yet played a role, the most high, children perform better in tests of cognitive ability.