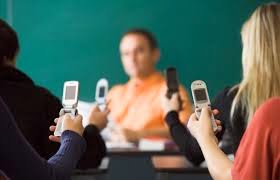 Researchers from the university of Michigan came to the conclusion that we are most honest when we communicate with text messages (sms, email)…
Or rather be more open in expressing sensitive information or feelings through text. But, even if the written word of us releases, there are some things that just can’t be called via text.
Message # 1: I don’t think that our relationship works
The absolutely annoying message, especially when it comes after persistent avoidance of discussions. The problems of a relationship, however, should be discussed. And if the debate is a big deal for some people, even these communications should be closely.
Message Number 2: don’t tell anyone, but…
Wrong from the start, before you even move on to the main message. The secrets are called face-to-face. Let that secret that they know more than one, it ceases to be a secret.
Message Number 3: I’m pregnant
Never… never… never… not even for fun at the same time, such a communication via text message. Think of the turmoil that can bring such news, think of how subversive it is, even when you’re prepared for it. Moreover, it is the fruit of your relationship, what is most sacred, a child.
Do you want to announce what is most important with sms’s..? It is sure that you will think about it and you’ll regret it later. This moment of perfect happiness to the other half, so that you can events with acts of joy.
Message Number 4: I Love You
If you are ready for the first time to tell the great conversation that characterizes any relationship, for god’s sake, don’t do it via text message! To be honest with my feelings and have the courage to express in person your other half. Besides, how will you have the Î´Ï…Î±Î½Ï„ÏŒÏ„Î·Ï„Î± to check the reaction of such an important statement!)
Message Number 5: I’m Sorry
How sincere and deep it can be the apology via text message, accompanied with the appropriate emoticon [ 🙁 ] ?
If the issue that has arisen, yes, it’s big and important, you owe an apology when you find yourself no longer close, or even over the phone, so that your words, excuses and your arguments to be understood and accompanied with the corresponding tone of voice and corresponding gestures and facial expressions.
The worst: don’t try to transfer your arguments to convince them of the forgiveness, with a text message. What you write can’t be erased and it can be particularly hard in a case like this.