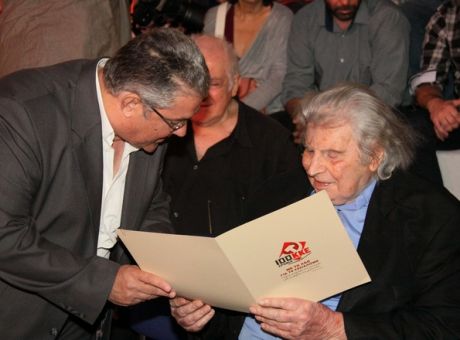 The great composer conveyed his wish via a letter to the leader of the Greek Communist Party (KKE) Dimitris Koutsoumbas.

Greek composer Mikis Theodorakis, who passed away at the age of 96 today, has left a letter to the Greek Communist Party leader Dimitris Koutsoumbas in which among other things, he expresses his wish to be laid to rest in Chania, Crete.

The great composer conveyed to the secretary-general of the KKE Dimitris Koutsoumbas, via his secretary Rena Parmenidou and the President of the “Pancretan Association of Friends Mikis Theodorakis”, George Agorastakis, that he wanted his funeral procession and burial to take place in his homeland of Galata Chania.

The Greek PM Kyriakos Mitsotakis announced that a 3-day period of national mourning would be observed in his memory starting from today.