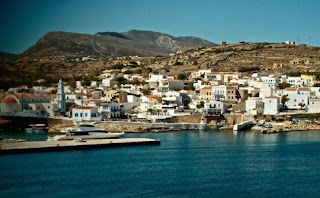 “The Municipality of Kasos is the only case in the world and definitely for the Guinness book of… The Municipality of Kasos is the only one in the whole planet that doesn’t have a single employee. All they do on their own Mayor, deputy Mayor, President of the Municipal Council, the Registrar is a volunteer!
The situation I described, what problems and issues are asked to manage completely on their own, so the Mayor of the island, Mary Î£Î¿ÏÏŽÏ„Î¿Ï… â€“ Tsanaka, and the President of the City Council John o’leary, in the presence of the Marshall John ÎœÎ·Î½Î±Ï„ÏƒÎ® and other sub-national factors were present to a very important meeting I had in the Mayor’s Office.
Incredible this situation is the result of legislation and ministerial decisions of the last few years.
Also, it is inconceivable that there is not a specialized employee, with a rewarding salary, for the water supply system of the island, that eventually assist and support it in every way, experts from the French Republic. And this is not a joke. It is the absolute reality”.
This was stated by the Secretary of state to the prime Minister Terence Quick, departing from the islands of Kasos, where he represented the government in the annual events for the sad anniversary of the Holocaust of the island.
The meeting at the town Hall, which lasted one hour and was preceded by the events, and which was also attended by the vice governor of Î¦Î¹Î»Î¯Î¼Ï‰Î½ Î–Î±Î½Î½ÎµÏ„Î¯Î´Î·Ï‚, the Mayor of Karpathos Elias Lambros, the mp of New Democracy Manos ÎšÏŒÎ½ÏƒÎ¿Î»Î±Ï‚, the Secretary of the Decentralized Administration of the Aegean Nikos Theodoridis and members of the Opposition of the Municipality, arising and other important items.
Specifically, the Secretary of state said:
“I agree with the Mayor, which is outraged by the behaviour of the Commissioner, who cut it as Ï€ÏÎ¿ÎºÏÎ¿ÏÏƒÏ„Î·Ï‚, most of the costs of the Municipality, by intervening not in legality, but in the feasibility of a cost, while there are unanimous decisions of the Municipal Council
I have described situations, which show a state within a state, with the result that an island not managed by the Municipal Authority, but by a factor of by the Court of auditors which has practically been living in Rhodes.
The particular Commissioner for example, as I officially denounced, has not adopted either the minimum costs for last year’s commemoration of the Holocaust.
I guess, that it would not approve and neither is this year. And if it’s the same, I don’t know what I’ll do next year, where she’ll probably go for the celebration in Kasos, the President of the Republic.
The Mayor in front of everyone, he told me that Kasos is an island that has a nice reserve. He’s got money. But, can’t spend anything for the good of the island, even for infrastructure, because everything sticks to the Commissioner.
I remember what he had taken, and the Mayor of Karpathos, until they get the approval to buy a garbage truck, which was the ultimate necessity.
And you know what else he told me, the Mayor of Karpathos it? That both Karpathos and Kasos were loaded increase in VAT, have issues in the field of Health and in the area of the Ferry connection, but despite barely pulling, putting it in second gear in relation to the major problem of complete Ï…Ï€Î¿ÏƒÏ„ÎµÎ»Î­Ï‡Ï‰ÏƒÎ·Ï‚ of Municipal Services of the two islands and to the poor cooperation with the Commissioner.
I will visit both the Interior Minister Panagiotis ÎšÎ¿Ï…ÏÎ¿Ï…Î¼Ï€Î»Î®, and the person responsible for the self-Government Minister Yiannis Balafas, and the Deputy Minister of Administrative Reform Christopher Vernardaki, because this government has, if anything, to pay attention to the countermeasures that they seek and the local people and the ÎšÎ±ÏÏ€Î±Î¸Î¹ÏŽÏ„ÎµÏ‚”.
Finally, the Secretary of state to the prime Minister Terrence, Quick was raised and the issue of ÎµÏ€Î±Î½Î±ÏƒÏ…Î½Î­Î½Ï‰ÏƒÎ·Ï‚ Karpathos and Kasos in a sub-Prefecture, which â€“ as said â€“ the Minister Panagiotis ÎšÎ¿Ï…ÏÎ¿Ï…Î¼Ï€Î»Î®Ï‚ it has been accepted very positively, asking the Secretary of state to help to speed up the final decision. 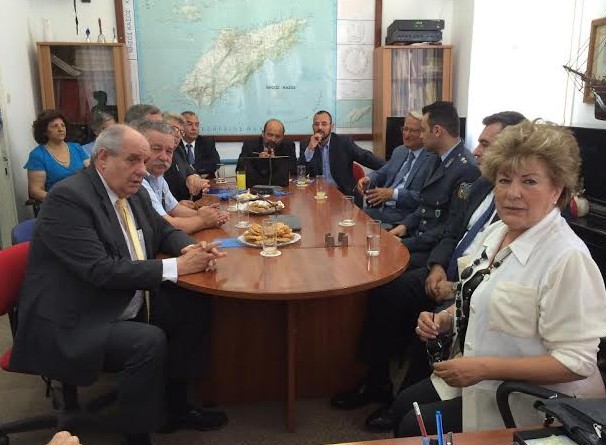