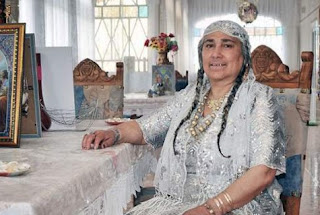 Homes that look like movie blockbusters. Spectacular closets and luxurious decoration. The wealthy Roma of Romania visited the …
photographer SÃ©bastien Cuvelier and embossed with the lens of life in communities where the reins keep the women.
In the space of two years, the Cuvelier visited Romania four times, where he photographed five Roma communities: Buzescu, Ciurea, Ivesti, Liesti, and Strehaia. He also concluded that the gypsies are proud of their origin but also frustrated by the way in which it treats them the rest of the world. “Many Roma are frustrated by the way they treat the general public, and I believe that this is a way for these communities to say, “I exist and I and this is who I am””.