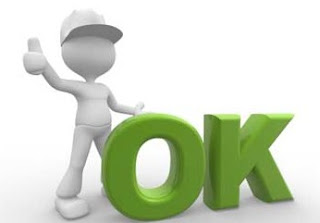 The word “OK” is widely known and used throughout the world to declare that “everything is ok”…
It is the second most known word in the world (after Coca Cola!) and its popularity lies in the fact of convenience. However, it is one of the most bizarre expressions that have been devised and hides behind a curious story about the birth of.
We are located in Massachusetts in the 1830s when publishers of a newspaper have decided for their own convenience to devise a variety of abbreviations, but it all fell on deaf ears and none of them was firmly established in the language. However, this effort paved the way for the creation of the word “OK”. It was the 23rd of March, 1839, when the OK was introduced to the world, on the second page of the newspaper “Boston Morning Post”, where an entire paragraph publishers ÎµÏ€ÎµÎ¾Î·Î³Î¿ÏÏƒÎ±Î½ readers the importance of: All correct, i.e. “all right”.
In 1837 the united states was preparing to elect the 8th president. Candidate and a solid favorite was the Democrat Martin Van Buren, who came from the area of Old Kinderhook, New York. For convenience, in the election campaign it was decided that the Van Buren to use the nickname “Old Kinderhook” and the slogan was: Vote for the “O.K.”. The result was a positive for Van Buren elected 8th president of the united states, and the “OK” had finally found the place that suited him in the language.
The meaning was simple: “it’s All good”, as it happened, that is, and with the election of Van Buren. By 1900, the use of “OK” was relatively limited and was not so in the vernacular as in the appearance in business documents and telegrams. In the 20th century did “OK” the big jump, passing into general use as the basic word of the language, which people chose to use in their daily vocabulary in their discussions, stating that “all is well”!
Slowly the “OK” through the border, and its use has been extended in many countries, and is today one of the most familiar sounds in the world. Its origin was forgotten, and remained only the interpretation that followed. Besides, the “OK” is the easiest word in the world, and for yet another reason: When you say you don’t need to explain something, you don’t have to express an opinion. Comment on just a situation with just words. Convinced or not convinced you? Or better still, “are you OKAY?”!