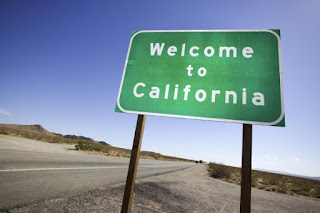 The “GDP” of the most populous state in the U.S. is 2.5 trillion. $ size which exceeds those of India, Italy and Brazil…
The economy of the richest u.s. state, California, is not just dominant in the US, but is a global superpower, according to data compiled by Bloomberg.
In fact, according to data made public this week, California was able to overcome the economy of France and to become the 6th largest economy in the world, behind the USA, China, Japan, Germany and Great Britain.
The reason for this “launch” of California has been the strong growth and the gains of the dollar against the other foreign currencies.
The map below compares the united states with various countries around the world with similar economic sizes, with Greece to be compared directly with the state of Iowa.
It is noted that the total size of the american economy amounted to 18 trillion. $ . 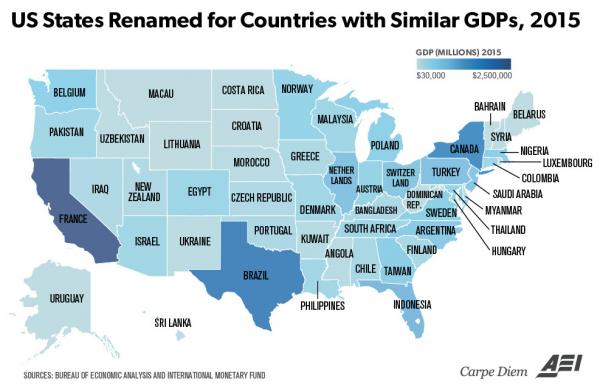 Overall the US produces 24.5% of the world’s GDP while having only 4.5% of the world’s population.Three american states, California, Texas and New York, would be classified, if they were autonomous countries, among the 11 largest economies of the planet in 2015.
The “GDP” of California, the most populous state of the united states, amounts to 2.5 trillion. $ size which surpasses even the India, Italy and Brazil.

Last year, California created more jobs than any other state, while 4 of the 10 biggest companies on the planet, among them Google and Facebook, have their headquarters in the state.
Source