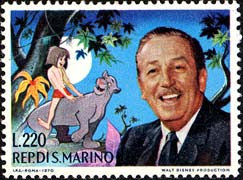 In the last few years many countries have begun to issue stamps that depict issues with the Heroes of Disney…
Often, these countries ,philatelic “non-existent”, they’re trying to stay in the news, or just to enhance their funds.
It’s often the fury in the collection that leads to the purchase of these items, but a proper stamp collector I don’t think I would be interested in these publications.
The only notable exception in this grey landscape, represented by a country with a large philatelic tradition of san Marino.
This small country was the first in 1970 ( 22 December), has issued a series of the Disney characters, and it’s a very beautiful version, designed by the Italian artist Giovan Battista Carpi!
Here you can see the images of all the stamps that’s a total of 10 ,and the last depicts the Walt Disney. 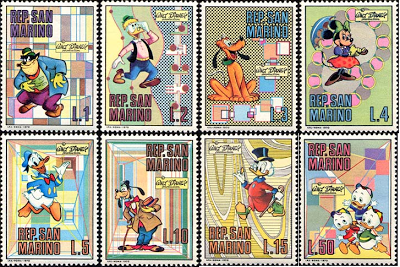 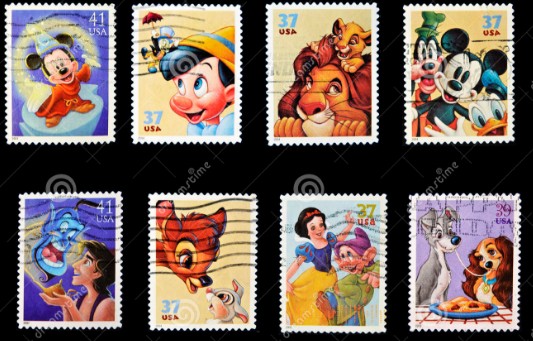