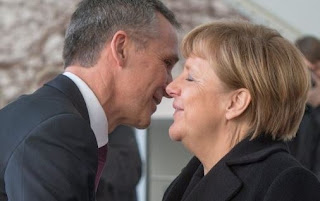 The politician of Norway and Secretary-General of NATO, Jens Stoltenberg, was appointed to the… this position with the initiative of Germany, and he said the following on CNN the ÎºÎ¿Ï…Ï„Î¿Ï€ÏŒÎ½Î·ÏÎ± things for the violations of the Turks in the Aegean: “If he’s not bothered Germany by the violations of national airspace of Greece, then there is no issue”.
It would be good for NATO to send home the this appointed politician, because with such stupid statements that make Jens Stoltenberg, shows that he doesn’t possess the diplomacy of the Nato Alliance.
Look now to solve your own political problems of your country, and leave Greece to find her own path.
Source