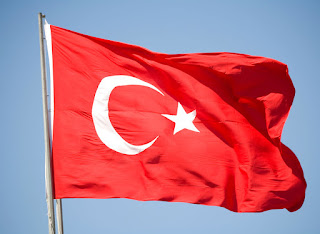 Writes the New york. Lygeros
Those who try to convince us, with the ÏÎ±Î³Î¹Î±Î´Î¹ÏƒÎ¼ÏŒ that characterizes them, that the…
Turkey, with the status, progress, and once again will be challenged by the same. With the pretext of counter-attack for the recognition of the genocide by the German parliament, has decided as revenge to read the Koran in Hagia Sophia in Istanbul, while it is a world heritage site that is not functioning as a mosque. Anybody can see the evolution of this state with such decisions when it was officially seeks to join the European Union. Of course if you consider people like them who don’t know what is happening, and working in the Ministry of Foreign affairs, which took a clear position, then it stands to reason the unreasonable. At the same time, however, the reliability of this state that continues to not accept the existence of the genocide, more and more ridiculed. So while we should resist seriously the claims of the Kurdistan and Western Armenia, because it is slowly implemented the vision of the Treaty of Sevres, trying to win the impressions of the muslim people with ramadan, without perceiving that he does not appreciate the unreasonable efforts. In any case, due to reaction, and of course, ignorance shows its true face, since it remains an absolute regime infiltrating the religious and cultural rights of the faithful.
Source