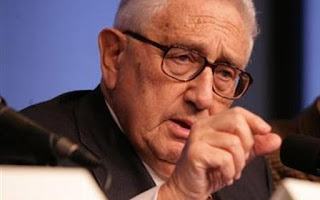 Dr. Henry Kissinger, a person in Greece (and not only) has been identified…
with dirty plans, they are justified.I had to spend forty years to see the “fox in the background” his plans, to the detriment of Hellenism, to take flesh and bones.
What is happening to the Refugees in the Aegean and in Cyprus show that the projects prepared the powerful, well-connected former minister of Foreign affairs are in full swing.
We’re not, as reported by the newspaper, in the infamous words of “the Greek people are Î´Ï…ÏƒÎºÎ¿Î»Î¿ÎºÏ…Î²Î­ÏÎ½Î·Ï„Î¿Ï‚ and so I need to hit him where he is deep in cultural roots. Then maybe ÏƒÏ…Î½ÎµÏ„Î¹ÏƒÎ¸ÎµÎ¯. I mean, that’s going to destroy the language, religion, spiritual and historical reserves, so as to neutralize any ability to develop, be distinguished, to prevail, to non-harassing us in the Balkans, not harassing us in the Eastern Mediterranean, the Middle East, to all this neuralgic area of great strategic importance for us, for the policy of the united states”.
He said he didn’t, it matters little, american policy consistently leading the developments in this finding.
Our historical fair altered with the recognition of fyrom with name ‘Macedonia’, but that helps preserve the intransigence of this state in the matter of the name at any cost.
Our language, with the help of locals, allegedly… progressive voices, the slammed years now, while the language of computers gave her the coup de grÃ¢ce.
As for the population balance, is changing rapidly.
In this note I shall confine myself to what is happening in the Aegean and in Cyprus. My hands fell to the top-secret project, Kissinger for the Aegean sea”. The classified report, which was made in 1976 and was declassified by the american records in 2002, shows that the plan for NATO engagement in the Aegean has existed since 1976 and go package with the solution of the Cyprus problem.
And the two, according to the estimates made by the partners of Kissinger from the Department of Analysis and Information State Department, resulted in the following conclusion: “Greece will need to make more serious concessions in comparison with the previous status quo”!
Reports specifically for the design of sharing in the Aegean:
â€“ “Such a gradual agreement between Greece and Turkey could reduce the intensity. The Authorities of NATO could contribute to the negotiation”.
â€“ “The two sides will declare that they are loyal to NATO, Specifically in article 1, which calls on the members of the Alliance to resolve their international disputes by peaceful means”.
â€“ “To engage the problem of Cyprus, which is the biggest problem in Greek-Turkish relations, in a formula balancing the problems of the Aegean”…
These for the Story and for those who doubt that what is happening today they have a fragrance from the prophecy of Dr Kissinger.