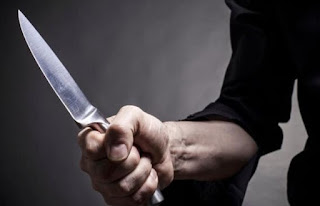 I am afraid of a criminal organization, which consisted of Albanians and robbed mainly elderly people in their homes, dismantled, officers Ï„Î·Ï‚Î¥Ï€Î¿Î´Î¹ÎµÏÎ¸Ï…Î½ÏƒÎ·Ï‚ Security of Patras…
In fact one of the cases involving Albanian perpetrators of the sensational robbery at the expense of a doctor in the Holy Kingdom, whom they tortured to reveal where he had hidden money for a bar of gold and they left the house with 20,000 euros.
In accordance with information of the tempo24.en in the hands of the police of the Security are already nine members of the criminal organisation, who were arrested in Attica, greece Aigialeia, Aitoloakarnania (Possession) and Corinthia (Xylokastro).
The seven have already been arrested and detained in the Security of Patras, and the two are already imprisoned for heavy crimes.
Also three others managed to escaped to Albania.
In accordance with the first items that the tempo24.gr has collected, offenders were separated into two “operational” groups and had committed at least 15 robberies against the elderly, most of which were force and violence in order to extort money
They have already identified two bank robberies in the Holy Kingdom as well as other cases in the Sella in Aigialeia and in the wider region of Attica.
In investigations carried out by police officers. they found stolen goods as well as 35.000 eur, while ongoing police investigation to identify other objects that have been removed from thefts and robberies.
This is a major blow to the Police in one of the most powerful criminal organisations operating in Greece for the last year and were in fear and terror of the elderly.
Source