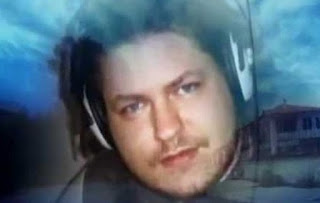 Shocking are the revelations about the murder of Kostis Polyzos…
The mother of a young man who was looking for the “missing” son at television shows, is now charged with the murder of 23-year-old. Together with her partner, allegedly killed the Sisters and they brought him in with a box in his field man. The body was found accidentally by a hunter and was half-eaten by dogs.
The best friend of the victim, in whose house had gone to the University for the last night before he disappeared, he spoke on the show, Oprah Live. He argued that once the hunter found the body in the field of the stepfather, he began to suspect that behind the horrible crime is the couple.

Also under the suspicion that the attitude of the mother: “The indifference of the mother. Can’t be a mother to lose her child and not out in the channels yelling. After Marple was frozen theme. For me, it wasn’t mother. The stepfather was a stepfather. But the mother was in complete disinterest,” said the friend of the Kosti.

The mother cleaned the whole house with a steam cleaner two days after the crime
One of the elements also caused a sensation, was the fact that the mother, two days after the disappearance of her son, did general clean-up, passing all over the house with a steam cleaner.
“He was smiling people. They didn’t seem to have done such a thing,” he says surprised a neighbor of the couple at Eleusis, where he lived after the crime, in the last few years.