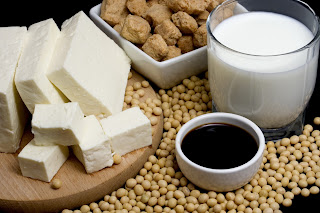 The consumption of soy historically localized mainly to the peoples of the Far East… In specific areas, soy has a history of at least 5,000 years old and is a staple food for the people. The observation of the scientific community of the Western societies, is that these folks have great features health. If one is looking for.x. Japan will see that it has one of the largest Ï€ÏÎ¿ÏƒÎ´ÏŒÎºÎ¹Î¼Î± life in the world with very low frequency ÎºÎ±ÏÎ´Î¹Î±Î±Î³Î³ÎµÎ¹Î±ÎºÏŽÎ½ disease and the question always was why?
The consumption of soy
So has focused the interest in the consumption of soy, which was in the older years unknown in Western societies, and has been the view if the habit of consumption of soy was transferred to the West we could see these positive qualities ( such as cholesterol reduction, antioxidant activity, cap) in the beginning we had seen the peoples of the Far East, to appear and in Western Populations? So began the soybean is a very important research topic for the scientific community but also for the peoples of Western Societies.
Soy is an increasingly ÎºÎ±Ï„Î±Î½Î±Î»Î¿ÏÎ¼ÎµÎ½Î¿ food in the european diet.
Soy is a very interesting food for so many reasons. First of all, from the plant origin food has a very high content of proteins. The content of soy protein reaches levels of 35 to 40 percent. This is impressive if one takes into account that there is no other plant origin food that has such a high content of protein.
As a general rule, we set that the proteins of milk and meat is the best proteins. It’s the best protein because they provide essential amino acids and have the highest biological value. The vegetable proteins as a general rule we have that it is inferior. Soybeans, however, between the inferior protein has the highest nutritional value of all plant origin foods, a nutritional value which approximates the nutritional value of milk and meat.
However, it has two other important properties one is that it contains fat, but low frequency saturated fats, the bad fats, acids, and has the peculiarity that it contains high concentrations of two categories of fatty acids, omega 6 and omega 3. Recent studies emphasize that foods that have the mixture of these fatty acids are those that are most effective in the protection against cardiovascular diseases.
So we have a food that has lots of good protein, the way to matching those of animal origin food, and at the same time has a very good ratio, two critical fatty acids which protect against cardiovascular disease. Still contains a lot of carbohydrates, but at the same time is “good” carbohydrates are either monosaccharides or fiber, and for the importance of dietary fibre there are too â€“ too much data, and also contains a lot of vitamins and minerals, one of which is calcium. This is the reason when children experience a milk allergy, cow’s milk, which is the usual form of consumption, at least in the United States and Canada, the alternative is soy milk.
Dimitris Richter
Dimitris Richter, finished his specialty in Cardiology, Hippokrateion hospital, Athens 1999, and then he left with a scholarship of the European society of Cardiology in Max. Britain. Dealt research the epidemiology and risk factors of coronary artery disease in the Greek population where he developed a rich literary and research work. Until today he has published in peer-reviewed international cardiology journals over 50 works, presented more than 100 research papers in conferences and has been invited speaker at more than 500 conferences in the last few years. He has written 6 chapters in books, of Cardiology, is a reviewer in Greek and International Conferences and journals as well as in charge of editorial of the journal Heart and Vessels of the Greek Foundation of Cardiology, he served as President of the Group for the Prevention of Coronary artery Disease in the Greek society of Cardiology, and is currently President of the Hellenic society of Î›Î¹Ï€Î¹Î´Î¹Î¿Î»Î¿Î³Î¯Î±Ï‚ , member of the Board of Hellenic Heart Foundation, as well as of many other scientific committees. Has been a member of the committee for drafting Guidelines, both in the Greek and in the European society of Cardiology. With regard to the social work has been involved in missions of Doctors without Borders in Liberia and Armenia, has worked as a Medical director for Doctors without borders in Greece and he has participated on the BOARD for 4 years. End for 4 years he had a daily 5-minutes medical show on radio station Flash, in collaboration with the Greek Institute of Cardiology, entitled “look after my Heart”