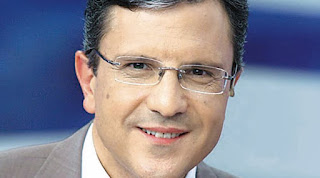 Interview in tv show, gave…
the norma Rae. The well-known journalist spoke among others to a guest, without revealing who he was, and he mentioned that he wanted very much to grab him by the neck and throw two slaps.
Pissed interviewee that you want to send him away at that moment from the studio?
“I came to grab him by the throat, the huff two slaps, the lies you said, but I didn’t. Just the break I said, “be very careful what you say because in the next break you will be humiliated” and sit on eggs”.