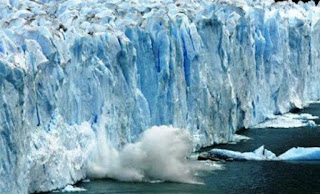 Humanity is now an important geological factor that can delay the next ice age, finds a study in the leading journal Nature. Because of global warming, the ice is not expected to cover the planet for at least 100,000 years, show the simulations.
“The main conclusion is that we skip an entire glacial cycle, something unprecedented in the history of the planet. It is outrageous to state that the mankind is able to intervene in a mechanism that shaped the world as we know it” comments Andrei Î“ÎºÎ±Î½Î¿Ï€ÏŒÎ»ÏƒÎºÎ¹ of the Research Institute of Climate Impact Potsdam, Germany, first author of the publication.
The Ï€Î±Î³Î¿Ï€ÎµÏÎ¯Î¿Î´Î¿Î¹
The last one million years, the Earth has been about ten glacial periods. In the most recent, which ended about 12,000 years ago, ice covered today’s Northern Europe, Canada and Siberia. The factors that trigger the glacial periods remain for years the subject of study.
The new research concludes that the beginning of each ice age depends on two factors: the first is the concentration of atmospheric carbon dioxide, which works like a blanket and keeps the planet warm. The second is the long-term changes in the Earth’s orbit, which bend the solar radiation that reaches the planet.
The study
The computational model of the research, which simulates the atmosphere, the oceans, the carbon cycle and the polar ice caps, showed that the Land close to the start of a new glacial period just before the Industrial Revolution. At that time the solar radiation that accepted the planet had fallen to the minimum levels, the Earth remained warm due to the relatively high concentration of CO2 in the air, as this had been shaped by physical factors.
Researchers estimate that, without human activity, the Earth would go into a new glacial period in about 50,000 years from today. From the beginning of the Industrial Revolution, however, the concentration of atmospheric CO2 is rising and rising.
And this means that the next ice age will be delayed for at least 100,000 years from today. “People now have the power to change the climate on geological time scales” pointed out in the Reuters Dr. Î“ÎºÎ±Î½Î¿Ï€ÏŒÎ»ÏƒÎºÎ¹. He stressed, however, that the findings of the study are not an excuse to stop the international effort to reduce CO2 emissions. “The faster you stop, the better,” said the researcher.
The reduction of carbon emissions is the main objective of the historic climate agreement signed in December in Paris, from almost 200 countries. The new study is likely to rekindle the scientific debate about the impact of man on the geology of the planet. More and more studies come to the conclusion that the Earth is now in the geological age of man, which is proposed to be termed Anthropocene.