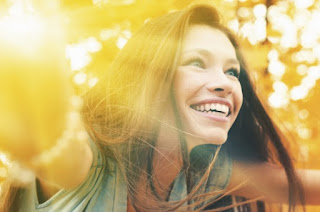 From where stems a smile? What is the purpose and what is the effect on those around us? What is it that makes us ÏƒÏ…ÏƒÏ„Î­Î»Î»Î¿Ï…Î¼Îµ the major Î¶Ï…Î³Î¿Î¼Î±Ï„Î¹ÎºÎ¿ÏÏ‚ muscles …
and to lift the two corners of the mouth?
A group of scientists decided to study what you usually consider to be “self-evident”: the smile and the different types of that have the ability to affect our mood in the moment.
Paula ÎÎ¯Î½Ï„ÎµÎ½Ï„Î±Î» and her colleagues analyzed numerous studies, from mris to social analyses, with the goal to create a new scientific model of the smile, explaining not only the source, but also how you perceive people. In a recent issue of the journal ‘Behavioral and Brain Sciences” (Behavioral and brain sciences) came to the conclusion that the smile is not simply the expression of an internal emotion, but the obvious part of the “meeting” of two people. The ÎÎ¯Î½Ï„ÎµÎ½Ï„Î±Î» categorised the different types of smile according to variations in facial expression, but notes that these alone are not able to give answers to the mystery of the smile. Some researchers try to reach the source, to understand the situation of the brain that produces a smile. They find for example, that the more you constrict the Î¶Ï…Î³Î¿Î¼Î±Ï„Î¹ÎºÎ¿Î¯ muscles the happier they say they are the ones who smile. On the other hand, the same muscles contract when we feel sadness or disgust. But why the ÏƒÏ…Î½Î±Î¹ÏƒÎ¸Î®Î¼Î± the us “look” into our mouths?
Darwin tried for years to give an answer to this question and identified a common human elements in chimpanzees, who also lift the corners of their mouth. Darwin considered that the chimps smile, too. The experts on the primates agree and divide the smiles of chimps into categories, depending on the cause or justified. Sometimes smile from pleasure, as when they play the cubs between them. Other times, they smile when they are trying to strengthen their social relationships with other chimps.
Show the expressions and facial movements
Scientists classify the human smile into categories according to the expressions and movements of the face. when someone is smiling from embarrassment, for example, lowers the jaw, while, when greeting someone, lifts the eyebrows. respectively, a smile from a position of power is associated with raised jaw. “he smiles, staring at the other from on high. “you’re an idiot”, says it this way, “and I’m better than you”,” explains Paula ÎÎ¯Î½Ï„ÎµÎ½Ï„Î±Î». imaging studies have shown that a happy smile activates the anterior cingulate cortex of the brain, which is linked to the decision-making systems, reward and emotions. respectively, when a smile is fake, triggered a different part of the brain, which helps us to recognise what it means the one who is smiling.
Source