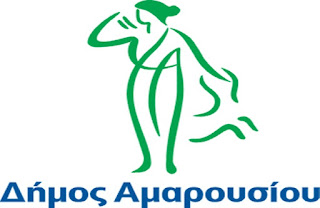 The Municipality of Maroussi welcomes the fact that, even with a delay of eight months, was finally approved by the Regional Council of Attica, the conclusion of a programming contract between the Municipality and the Region, in order to advance the implementation of the project of flood protection of the Urban Section of the Î Î¿Î»Ï…Î´ÏÏŒÏƒÎ¿Ï…, based on the study submitted by the competent technical services of the Municipality of Amaroussion.
The Municipality of Maroussi and the Mayor C. Patootie, are ready and tomorrow to sign the draft of the programming contract that we have now, as a sequel to the decision of the Regional Council, to be sent by the competent services of the Region in order to move forward in the invitation to tender for the implementation of the necessary of this project.
With regard to the content of the communication of mr. Met, for the project, in which reference is made for a lack of a document of the Ministry of Environment in the folder of the study that had been submitted by the Municipality of Maroussi, in which absence is due to alleged delay in the signing of the planning contract, we would like to point out for the restoration of the truth that:
The search and presentation of this paper from the Ministry of not stopped the process of signing of the contract. The study was completely mature and feasible and could could proceed in parallel so as not to be lost eight precious months.
This view is reinforced by the fact that, ultimately, the study submitted by the Municipality of Maroussi was adopted in its entirety and without any change or correction in terms of Ministry. On the basis of this study proceeds with the signing of the planning contract. A fact that confirms the completeness of and that the lack of this document was genuine.
But, also, to mention that in order to give us the document from the Ministry of the Environment, had to spend a further five months.
In any case, even with a delay for which the only one who is not responsible is the Municipality of Maroussi, the project is progressing and that he can’t, than to satisfy us.
We are ready from our side to proceed in the tender notice. What is now needed is the quick response of the competent services of the Region who have the responsibility to draft the programmatic agreement that will be signed by the Mayor of Tucson and the regional Governor of Attica.