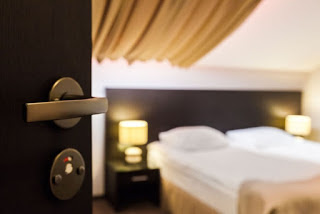 In the context of the research carried out by the trivago at the beginning of each month… observed notable changes in the prices of hotels, both at the level of Europe, and Greece.These are the results of the List of Hotel price of www.trivago.gr (trivago Hotel Price Index(tHPI) ) for the month of March 2016, for international and national destinations.
The course of hotel prices in european cities
By examining the course of hotel prices in major european cities, there are mainly increases, but notable reductions. More specifically, their prices compared to last year seems to have reduced the hotels of London, Paris and Rome. The average hotel price for the Î›Î¿Î½Î´Î¯Î½Î¿Î´Î¹Î±Î¼Î¿ÏÏ†ÏŽÎ½ÎµÏ„Î±Î¹ the current month to 177 euros, five percent lower than last year. Paris has been a corresponding reduction, in the order of three percent, while almost equally cheaper to the March’s and the hotels of Rome, having lowered their prices by 4 percent, compared with March of the previous year. The most important reduction is observed in the hotels of Istanbul, which is 20 percent cheaper in March compared with the previous year, with the average price is 78 euro.
Especially great, however, is the change of hotel values in Amsterdam, which increased ÎºÎ±Ï„Î¬29 percent on an annual basis, and by 19 percent on a monthly. Between the cities with an increase in hotel values for the March meet, and Athens, with an average hotel price 83 euro per night. This value is by 12 percent higher, in the context of an annual comparison and by four percent in the context of a monthly.
The following table presents indicative average prices for 15 of the largest cities:

The list with the average price of overnight accommodation for 50 european cities listed in the tHPI March you can find it here.
The hotel prices for Greek destinations
The changes in the prices of the hotels in Greece have changed so incrementally, as and derisive, leading the average value to be formed in the 84 euro for the March, 15 percent higher than in March of 2015. In more detail, in addition to Athens, which has an annual price increase of 12 percent, Thessaloniki alter its prices up by 10 percent. Price reductions have occurred in Nafplion, Kalavryta, in the order of 4 and 7 percent, respectively. The largest changes occurred in Metsovo, in Ioannina and the town of Karpenisi, where although the prices have increased enough, remain within reasonable for the time frame.
The following table shows the main changes in average hotel prices, Greek destinations for the month of March:

*The average rates are derived from the database of trivago after comparing prices from more than 200 different online booking sites.
The List of Hotel Prices www.trivago.gr (tHPI) shows the average price of accommodation in the most popular european cities in trivago. The average price for a double room is based on more than two million daily searches price for an overnight stay, which are made through the system of hotel price comparison of trivago than 80 million visitors a month. The trivago saves the searches each month and presents a general picture of hotel price for the next month. The tHPI reflects the hotel prices in the online hotel market: the prices of overnight stay from more than 200 online booking sites and hotel chains are shaping the average hotel prices for cities, regions and countries of Europe.
About trivago:
The travelers find in the www.trivago.gr ideal hotels at the best rates by using different search filters. Trivago is the largest site hotel search which compares hotel rates from more than 200 different booking sites for more than 700,000 hotels around the world. In addition, Î·trivago offers over 180 million ratings for hotels in combination with 14 million photos. Over 80 million users a month use trivago. Trivago was founded in 2005, is headquartered in DÃ¼sseldorf, Germany and currently has 52 international platforms.