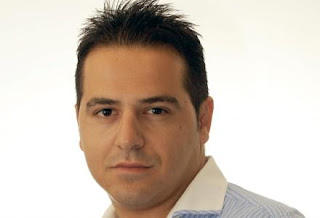 Writes George Î”ÏÎ±ÎºÎ¿ÏÎ»Î·Ï‚ The “new” promised by the SYRIZA, unfortunately, is disproved on a daily basis… at all levels and is transformed into the worst version of “old”. SYRIZA and don’t want to admit it has gone a long time ago the “moral advantage” that advertise and advertising campaign, revealing the “thirst” for power and the privileges that they entail.
The time that unemployment is rising rapidly, especially young people, with the responsibility of the Government while the Private Sector is “bleeding”, executives of SYRIZA suit the relatives and friends to public positions. A recent example from the many that have been made, the secretary of the youth of SYRIZA, who took care for the professional restoration of his mother, his brother and his friend by appointing them to Government positions. In fact, instead of apologizing he the secretary and the Government for the fact that he reacted with an angry letter to which I never replied on this issue, but try to excite the public and convince them that the “party games” must be redeemed for seats in the State.
One would expect especially from a new person, a representative of youth to have a different perception of the involvement in the community and not the idea that political engagement should be rewarded with Î²Î¿Î»Î­Î¼Î±Ï„Î±, a Ï€Î±Î»Î±Î¹Î¿ÎºÎ¿Î¼Î¼Î±Ï„Î¹ÎºÎ® perception that he was responsible for the state and social pathologies, and the present impasses of the country.
Unfortunately, this was before even the governments SYRIZA, is verified. Verified that they were and are representatives of the “yesterday”, of unrestrained statism and false promises. Can the Government cuts wages and pensions, and to take the most hard fiscal measures, however, is looking to convenient for you their own children, their friends and relatives to government positions paid for by the taxpayers.
The first time to the Left, and the cronyism, the ÎºÎ¿Î¼Î¼Î±Ï„Î¿ÎºÏÎ±Ï„Î¯Î±, nepotism, nepotism, and the “Î²Î¿Î»Î­Î¼Î±Ï„Î±” well keep. The last time the Left and the end of the destructive policy of the Government, will eventually come through the same, after the “gluttony” for power and reward of party games, exposes them to irreparable damage to the society, which now has realized that the “morality” of the Left goes up there that doesn’t touch its own interests.