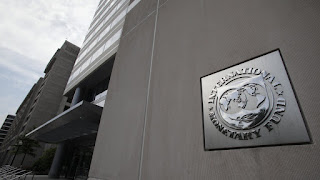 The uncertainty caused by the Brexit is the main risk…
for the global economy, according to the International Monetary Fund.
“We consider this uncertainty undoubtedly as a key risk for the global economy,” said the IMF representative Jerry Rice, calling on the european leaders to take decisive steps.
The European Union and the United Kingdom starting a series of difficult talks on forming a new economic relationship after the referendum of 23 June, with the issue of the access of Britain in the single market remains ÎµÎºÏÏÎµÎ¼Î­Ï‚. However, the timing of the activation of article 50 of the european treaty for leaving the European Union remains unknown, after the prime minister David Cameron passed on to Î´Î¹Î±Î´Î¿Ï‡ÏŒ of this responsibility.
According to the representative of the International Monetary Fund this uncertainty threatens Î²ÏÎ±Ï‡Ï…Ï€ÏÏŒÏƒÎ¸ÎµÏƒÎ¼Î± development, “mainly in the United Kingdom’, but also is likely to have “effects on Europe and the global economy” at a time when the global growth is slowing.
“The political leaders must be ready to take decisive steps to mitigate this risk,” said Jerry Rice during the Î´Î¹ÏƒÎµÎ²Î´Î¿Î¼Î±Î´Î¹Î±Î¯Î±Ï‚ Press conference of the IMF, without, however, to proceed to accurate recommendations.