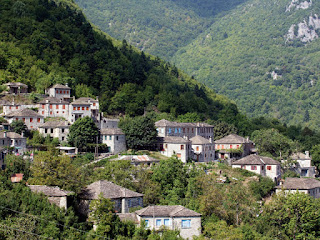 Strategic Planning for the years 2015-2019 of the Region of Epirus was presented yesterday at a meeting of the Special Permanent Committee on Regions of the …House. The original suggestion made by the Governor mr. Alexander ÎšÎ±Ï‡ÏÎ¹Î¼Î¬Î½Î·Ï‚ and the central the vice governor mr. Tatiana Kaloyan, in the capacity of responsible for the Development Planning of the Region. The meeting was also attended by the Head of the Managing Authority of the Region of Epirus mr. Evi Papanikolaou.
During the discussion there was extensive reference to all the actions that have been commenced or sought to be launched, while mr ÎšÎ±Ï‡ÏÎ¹Î¼Î¬Î½Î·Ï‚ – Kaloyan, replied to questions they submitted, mainly members who are elected on the Continent. Among other things, highlighted the priority given by the Region for completion of the works in the port of Igoumenitsa, the main road of Amvrakia and the Airport of Ioannina, while the immediate objectives is the construction of road links Plain – Bouillabaisse, (which as pointed out is integrated studies), Preveza and the Ionian Highway (the studies are in the completion stage), the power supply of the Continent with Natural gas and the promotion of the railway connection. Extensive references were also made to the actions that will be promoted for the development of the Î±Î³ÏÎ¿Ï„Î¿Î´Î¹Î±Ï„ÏÎ¿Ï†Î¹ÎºÎ¿Ï sector, as well as for the protection of the environment, either through the construction of the biological cleaning plants in the coastal zone, or with the implementation of the Regional Planning Management of Municipal Solid Waste.The debate “has been obscured” by the controversy of the regional Governor mr. Alexander ÎšÎ±Ï‡ÏÎ¹Î¼Î¬Î½Î· with a member of the COMMUNIST party. ÎœÏ‰ÏÎ±ÏŠÏ„Î·, on the occasion of the proposal to establish an annual public memorial service for the victims of the Civil war, in order to stop the special events that, until today, are made. The proposal that caused the reaction of the member, who defended the events it organizes all over Greece, the party of the Democratic Army.
Source