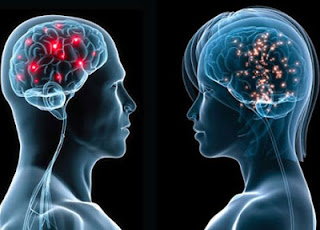 Cleopatra’s Adorable, molecular biologist
Sexual attraction is purely a matter of biochemical changes in our body. The phase of Attraction is characterized by the production of…
Ï†Î±Î¹Î½Ï…Î»ÎµÎ¸Ï…Î»Î±Î¼Î¯Î½Î·Ï‚ that releases dopamine and serotonin, neurotransmitters responsible for regulating feelings of joy, happiness and excitement. The result is a feeling of bliss. The problems temporarily disappear, and feelings of anxiety or stress, and some times there is and analgesic action. It is also worth noting here that, chemically, the effects of serotonin in the infatuation, are similar to the symptoms people with obsessive-compulsive disorder, which may explain why people in love can’t think of anything else. The passion of love, the “handle” hormone dopamine. It’s the neurotransmitter that has a direct access to the center of the “loyalty â€“ satisfaction” of the brain. Depending on the amount of dopamine we have, and the greater or less feeling of pleasure.
The cosmetic companies creating perfumes and colognes that are truly irresistible. Not just because they smell good but because they contain derivatives of the pheromone, such as androstenone, Î³Î±Î»Î±ÎºÏ„Î¿Î»Î¯Î½Î· and ÎµÎ¾Î±Î»Ï„Î¿Î½Î¯Î½Î·. This type of colognes make us feel a pleasant attraction for the people who wear them just because we touched their scent!
O coordination of all of these hormones made by the brain based on the memory and guidance of several genes.
As it turns out, erotic love and the sexual ties is the product of neurochemical processes. Contrary to what we believe and makes us very often to get discouraged and to abandon, it seems that the perception that when the love fades, it switches back on again, it’s not so correct. The passion of love, although less intense than in the beginning, you may revive over and over again in a relationship in which it has developed trust and intimacy. Because, also contrary to what is believed, is not the sexual desire that fuels the erotic feeling, but the tender emotions that awaken the desire for the other.
Love is good for health
Frequent sexual contacts have been shown that are still associated with long life. Original studies have shown that the mortality risk was 50% lower in those who had increased frequency of sexual pleasure, compared with those who had a low frequency of sexual contacts and especially orgasm. The subject of etiology is complex, as is the case in all of the epidemiological observational studies, but the evidence for the statement of reasons is really convincing. The same studies found that the relationship between frequency of orgasm and mortality is so strong that even factors such as smoking was not possible to influence it significantly!
Impressive is that, although diseases such as ischemia and myocardial infarction can be caused by sexual activity, in the case that it doesn’t hold the body to the exercise to which they are subjected, the studies eventually show that there is an inverse correlation: the higher the frequency of orgasm, the smaller the chance of death befalls at some time of some coronary heart condition.
The decreased sexual desire
The low sexual libido or a disorder of reduced sexual desire, as it is medically known, is the subject of study for decades.
The causes of reduced libido are many and varied and range from biological and medical to emotional. The stress, the diet, the weight fluctuations is responsible for the reduced sex drive in both men and women. On the other hand, active sex life is beneficial for heart, memory, immune system and, of course, for the physical condition.
The overall mood, environment, even the food, can up â€“under certain conditions – the libido or rather, to limit it.
The B vitamins enhance the action of neurotransmitters and, in combination with vitamin C (kiwi, oranges, strawberries), magnesium (nuts, chocolate – cocoa, whole grains) and selenium (yeast, seeds, whole grains), are necessary ingredients for a healthy sex life. Even vitamin E which helps protect cells and fertility (olive oil, nuts)
The story, he taught us that since the ancient times, our ancestors used various foods as aphrodisiac, in order to increase their sexual mood. 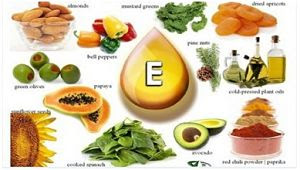