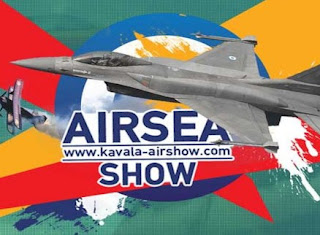 In the event Kavala Air Sea Show held for the fifth year in…
Riding on 24 and 25 June, has the honour to participate in the Greek Rescue Team, with the presence of at least 50 volunteers from the annexes of the organization in Kavala, Komotini, and with members from the Central Administration.
The Greek Rescue Team will take part in the displays will be in the sea with two rescue vessels and crew, presenting to the public procedures for maritime rescue by the Section of Liquid Asset of the organization and, at the same time, will inform the world about the action of the stand which will be located in the exhibition area.
Be noted that this is an event that gathers every year the interest of thousands of spectators, both from Greece and from abroad, and which combines displays of aircraft and vessels. This year, the displays from the air participating aircraft F16, two fighter aircraft Eurofighter of the German air force, Apache helicopters army aviation, but also Greek firefighting aircraft Î ÎµÏ„Î¶ÎµÏ„Î­Î».
Detailed information about the event and the program you can see here