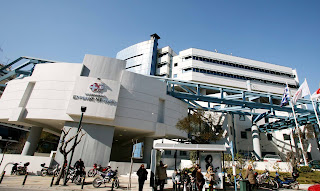 The… a hammer makes the Piraeus bank, the hospital “Henry Dunant hospital” with the interested parties to be in accordance with…
information two. The developments run and already two Greek medical groups are reported to have declared an interest.
Rumors indicate that there are two scenarios for the sale. The first is to sell only the clinic and left the building to the bank and the second to sold package and the clinical and the property.
The facilities of the hospital spanning 55 thousand sq.and has 303 beds clinical, 25 operating rooms, 38 beds, intensive care units, 24 beds of units of artificial kidney, and 78 beds, hospitalization of one day.
In accordance with the balance sheet of 2014, the losses reached 46 million. euro as well as the completeness is below 35%. Î¥Ï€ÎµÎ½Î¸Ï…Î¼Î¹Î¶ÎµÏ„Î±Î¹ that before a year and a half in the hospital passed to the subsidiary of the Piraeus bank Group “Î—ÎœÎ™Î˜Î•Î‘ SA”, then the auction happened at the Magistrate’s court of Athens, with the amount of the acquisition amounted to approximately 115 million. euro.
The subsidiary of Piraeus bank group, under the control of which had passed the hospital, participated in the auction, in order to ensure the smooth functioning and development of the hospital, as there was serious interest from investors from the field of health.
PricewaterhouseCoopers has been tasked to find the “white knight” that will save the hospital.
Source