The gruesome instrument of torture of the middle Ages that... 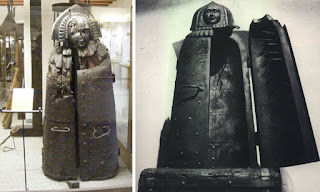 An upright metal sarcophagus with huge nails in the interior of which ended up in the eyes, in the chest and in the back of the…
victim. No body vital don’t get hurt, thus leaving the victim to bleed and suffer for a long time. The nightmare was just beginning…
The macabre fantasy of a man who took on flesh and bones to become an instrument of punishment for all those who had delinquent behavior or is it the function of it remained in the imagination of the creator?
The “Iron Maiden” or “Iron Virgin” 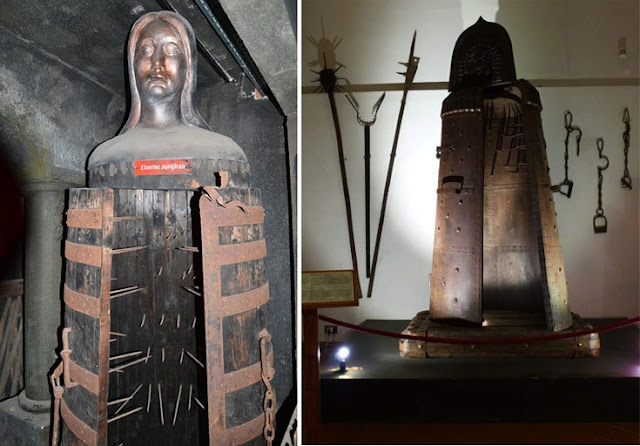 The “Iron Maiden” or “Iron Virgin” was a medieval instrument of torture. Whoever was inside was going to die in a macabre way, slowly and painfully. Sharp objects was carefully placed inside the device, causing terror and just the thought, that there would be some trapped in there and any movement would cause more pain and more bleeding. The “Iron Maiden” had become synonymous with torture and the medieval obscurantism, however there is no evidence to prove the connection of that time.
The creator of the Matthew Î Î¹ÎºÏŒÎº 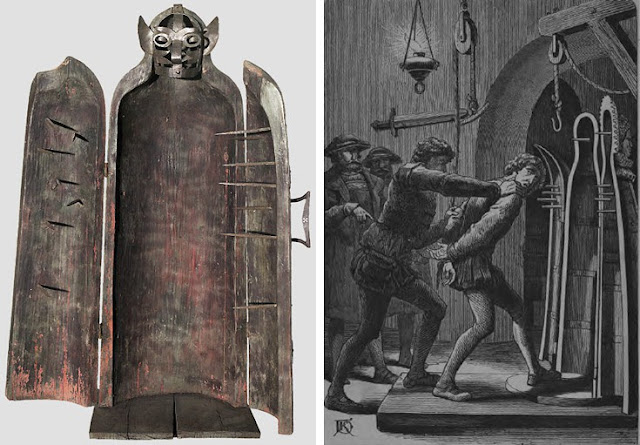 It all started in 1793 when the philosopher Î“Î¹ÏŒÎ¶Î±Î½ Î–Î¹Î¼Ï€Î­Î½ÎºÎµÏ‚ created and wrote a fantastic story that the protagonist was a forger of the middle Ages, who was punished in a box with iron nails. A few years later, the story becomes a source of inspiration for one british man who decides to make the scenario a reality. Matthew Î Î¹ÎºÏŒÎº creates an instrument of torture similar to that described Î–Î¹Î¼Ï€Î­Î½ÎºÎµÏ‚ in history. And the name of this “Iron Maiden”. 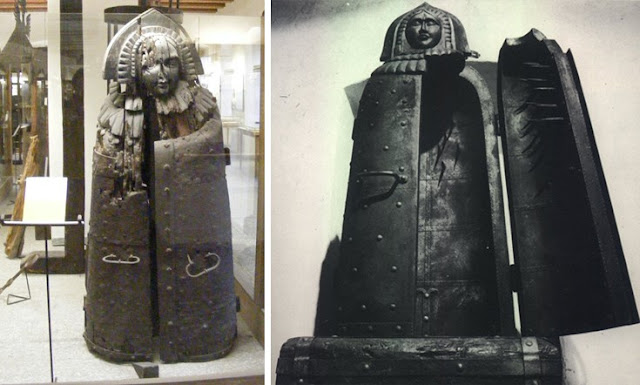 The exhibit, which was causing fear
The creation of the Î Î¹ÎºÏŒÎº was intended to demonstrate the obscurantism of the middle Ages in comparison with the civilization and the culture of the 19th century. The creator donated the construction of the museums, which, in turn, presented as a medieval instrument of torture, in order to attract the interest of the world. The actual exhibits from the middle Ages was not as impressive with a construction which accompanied it, and the myth of the people who left their last breath in this excruciating way in there. Thus, the construct was placed in a prominent position, by pulling, of course, the looks of the visitors mainly for the fear that it caused.
The “Iron Maiden” in the museums of England and of the united states
The most famous “Iron Maiden” was exhibited in Nuremberg in 1804, while a copy of it was presented in various museums of the world such as in those of England and of the united states. The original was destroyed by the bombardments of the Allies, at the end of the second World War. In the modern era, the name “Iron Maiden” will be matched with one of the most famous bands in the world, which took its name from the instrument of torture. The members of the band wanted to give the image something dark and mystery, although historians insist that the “Iron Virgin”, as it is the name of the English it was never used in reality and has not caused any death and any torture.