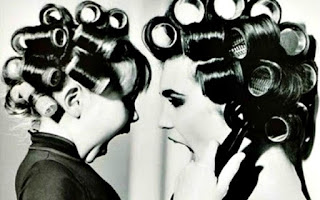 Writes the Penny Phillips for the HuffPost
Often I write of the differences in cultures that one encounters when he is a child of immigrants, born and Î¼ÎµÎ³Î±Î»Ï‰Î¼Î­Î½Ï‰Î½ in New York. For example, the…
american friends are training for the baseball team on Saturdays while you are involved in a Greek production of the school that chronicles the heroic victory over the Ottomans in 1821. Every year there is one night that you get at midnight after a priest who walks the epitaph in your neighborhood, along with other 1000 Orthodox faithful. Your maiden name in Queens is identical to all the houses in the square, with the only difference being the huge Greek flag waving proud above the front door and the lamb, turning endlessly on a spit in the front yard.
The biggest difference in cultures however has nothing to do with the holidays or traditions. It has to do with how Greek parents are fighting their children.
There is no reason to Ï‡ÏÏ…ÏƒÏŽÎ½Î¿Ï…Î¼Îµ the pill. Greek parents discipline their children with three and only ways: intimidation, threats, and the use of excessive prejudices.
This became more clear to me than ever when I ran into him the other day at the local supermarket, a 7-year-old in absolute hysteria in the funds. This kid (let’s call it the pet name for Lucifer) was thrown down a whole stand of gum and Tic Tacs and threw an oversized bag of potato chips gluten-free in a family that was further back in the queue. His mother reacted as follows: he left late in the chai latte at the edge and bent down to meet her gaze with that of Lucifer. Thought I’d grab him by the neck. I made a mistake. She asked him just what was happening to him, he counted backwards from 10 (two times) and then gave him an iPad.
Inconceivable. Impressive. Crazy.
Where were the threats of the exercise of brute force? Where was even the line “I’ll call your dad” or “the police”? So many parents were using the line with the police that took me years to realize that the police were in the employ of the city of New York, and not some employees of my parents. (It took me even longer to realize that the Father, the Son and the Holy Spirit I watched online from the heavens my every move via a mobile screen).
If there’s anything parents love more than the grandiose threats of divine intervention, this was the use of Î²Î¯Î±Ï‰Î½ expressions. If your parents were born in Greece and is older than 50 years of age, then with a probability of 100% I can assure you that such a crisis of hysteria would have one of the following reactions:
“I’ll cut you!”
“I’ll kill you!”
“I’ll strangle you!”
“I’ll put it in the oven with potatoes!”
“I’ll pull your hair, hair-hair!”
Before you rush to call child services, you need to understand that these threats are perfectly normal and socially acceptable expressions of the Greek language. Actually, I would say that this is not the threat of the police nor of the baking in the oven with the potatoes shading, the Greek children. It is neither the ladle nor the wet plank. It is the scowl of the Greek mother â€“ or as we would call it in modern times, the lord Voldemort of punishment. If you manage to provoke this Î²Î»Î¬Î¼Î¼Î±, you knew you had crossed the line, whether that meant laughing to the church at the time of the operation or that you kissed your aunt when you came home for the thanksgiving meal. Eyes Î¼Î¹ÏƒÎ¿ÎºÎ»ÎµÎ¯Î½Î¿Ï…Î½ but at the same time swell and the laser that comes out is at the same time cold and hot. The Greek mother to make me one of her looks knockout, without a lot of words.
The good news is that parents they all are transformed in the most sweet, most tender and ÎºÎ±Î»ÏŒÎ²Î¿Î»Î¿Ï…Ï‚ grandparents who you can meet, those who undermine the authority of the mom’s and dad’s would let their grandchildren get away with even murder. This transformation is incredible. The main Î·Î¸Î¯Î½Î¿Î½Ï„ÎµÏ‚ of the Greek tragedy of your childhood are suddenly transformed into Pope Francis and Mother Teresa.
As for you? You will continue the family tradition.
The mantle is yours.
Source