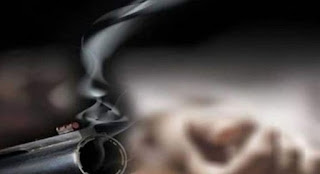 The “ÎšÎ±ÏÎ±Î¼Î±Î½Î´Î¬Î½ÎµÎ¹Î¿” hospital…
children’s hospital of Patra in the hospital a 14-year-old, who injured himself with a double-barreled shotgun of his father, in Kastraki-Acarnania.
According to information, the minor began working on his father’s gun, but for a yet unknown reason, the gun went off, with the result to be wounded in the right leg.
The 14-year-old was transferred directly from his father in the hospital of Agrinio, where after providing first aid, it was considered appropriate to transported to his “ÎšÎ±ÏÎ±Î¼Î±Î½Î´Î¬Î½ÎµÎ¹Î¿”.
The father of the minor was arrested for improper storage of the weapon and then released, by order of the prosecutor.