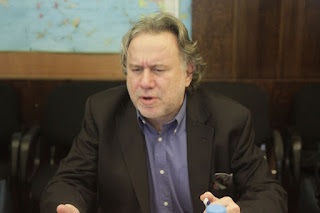 They didn’t show up in the successive meetings that have called them…
the minister of Labour this morning to discuss the new proposals for relief on the contributions they are required to pay – they Argue that the new proposal does not result in substantive relief
The back turned to the leadership of the ministry of Labour, the professions and disciplines that haven’t appeared in the successive meetings that had invited mr Katrougalos this morning. The object of the meetings was to discuss the new improved proposals prepared by the ministry for the reduction of the contributions they are required to pay with the new system.
The bodies (TCG, bar association, doctors ,traders) are preparing for new demonstrations against the insurance (will decide Monday).
According to information , the ministry will submit a new improved proposal, according to which, if the new levy is derived based on 20% of the net income exceeding the current, the discount starts at 50% for incomes up to eur 10,000. Thereafter it will be reduced by 1% for each additional 1,000 euros, that results in a discount of 5% for incomes of more than â‚¬ 55,000.
The operators claim that the new proposal does not result in substantial ease, as well as reduced contributions and increased taxation, with the result that the total charge remains excessive.
As noted by the announcement of the TEE, “given the temporary, at least, a deadlock in the discussions on the new insurance proposed by the Government as well as the protests that escalated this week but continue dynamically in the next few days against the planned arrangements proposed, ongoing Strike â€“ Abstention of all of the Engineers Association, by their participation in the Technical Boards, Projects and Studies, as well as from all of the Committees with Technical subject from 8/2 until 12/2/2016.”
“The engineers, the technical chamber of greece and all the technical bodies shall be coordinated with all the scientific bodies of the country,” said the President of the technical chamber of greece, Yorgos Stasinos, noting that now the front against the insurance is a matter for the whole society, because it destroys the whole of society.
Source