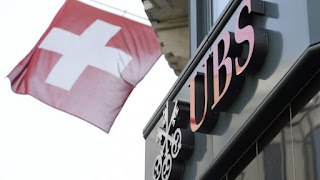 The first “fish” who caught the ministry of Finance, taking advantage of the lists it provided to the Greek government, the minister of…
Of finance of north Rhine-Westphalia is a priest with deposits of â‚¬ 500,000, two actors, with accounts of three million and plastic surgeons with Î´ÎµÎºÎ±ÏˆÎ®Ï†Î¹ÎµÏ‚ deposits in swiss banks.
It is noted that the relations of Greece with the land developed last November, with the ministry of Finance of Rhineland to deliver in our country a list with 10,500 Greek depositors in swiss UBS.
The intersection of names began immediately and from the looks of the first checks, the incomes declared in Greece the taxpayers are far from the money… exported to Switzerland. The first deposits have been given already to the economic prosecutors, after having crossed the threshold of the IRS.
Yesterday afternoon, Greece and north Rhine Westphalia signed a memorandum of cooperation, which allows for the exchange of information and know-how in matters of tax evasion, while the ÎÏŒÎ¼Ï€ÎµÏÏ„ ÎœÏ€Î¿ÏÎ³Î¹Î±Î½Ï‚ proposed education 50 Greek officials in Germany.
Message to partners that there is a strong intention of the government to combat tax evasion, sent to the prime minister Alexis Tsipras, during his meeting with the minister of Finance of the state of north Rhine-Westphalia, Norbert ÎœÏ€Î¿ÏÎ³Î¹Î±Î½Ï‚.
Source