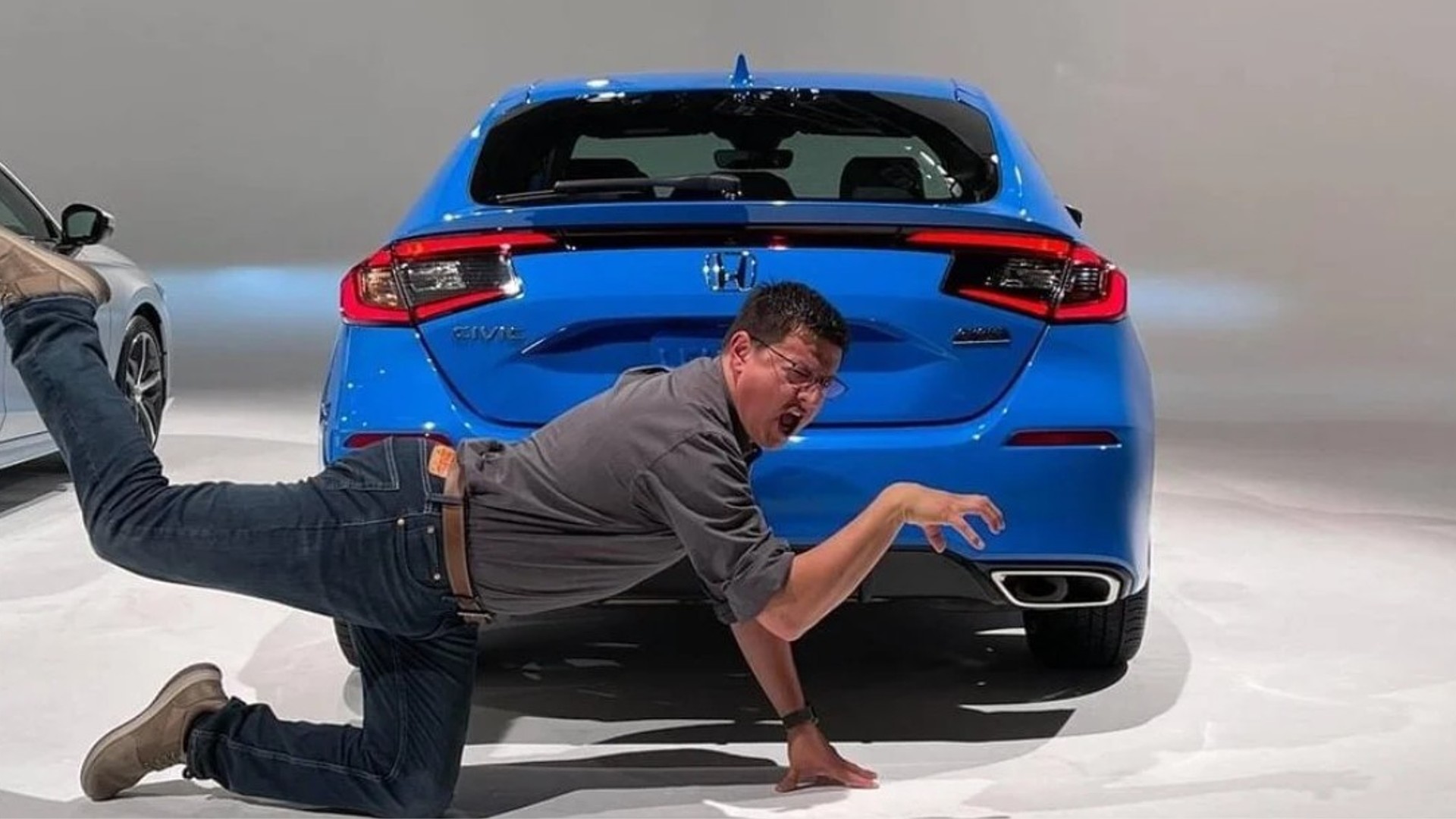 In the most paradoxical way, we see for the first time the rear of the upcoming five-door Honda Civic, which is expected to premiere next week.

Remember that the four-door Honda Civic Sedan has already been presented in the US, while both variants of the model are expected to be released this year in the European market.

In the photo posted on the Civic 11 Forum, we see a man – most likely YouTuber Alex On Autos in a tiger-like pose.

But if we ignore what we see in the foreground and look more carefully, the tail of the new Civic is revealed behind it. 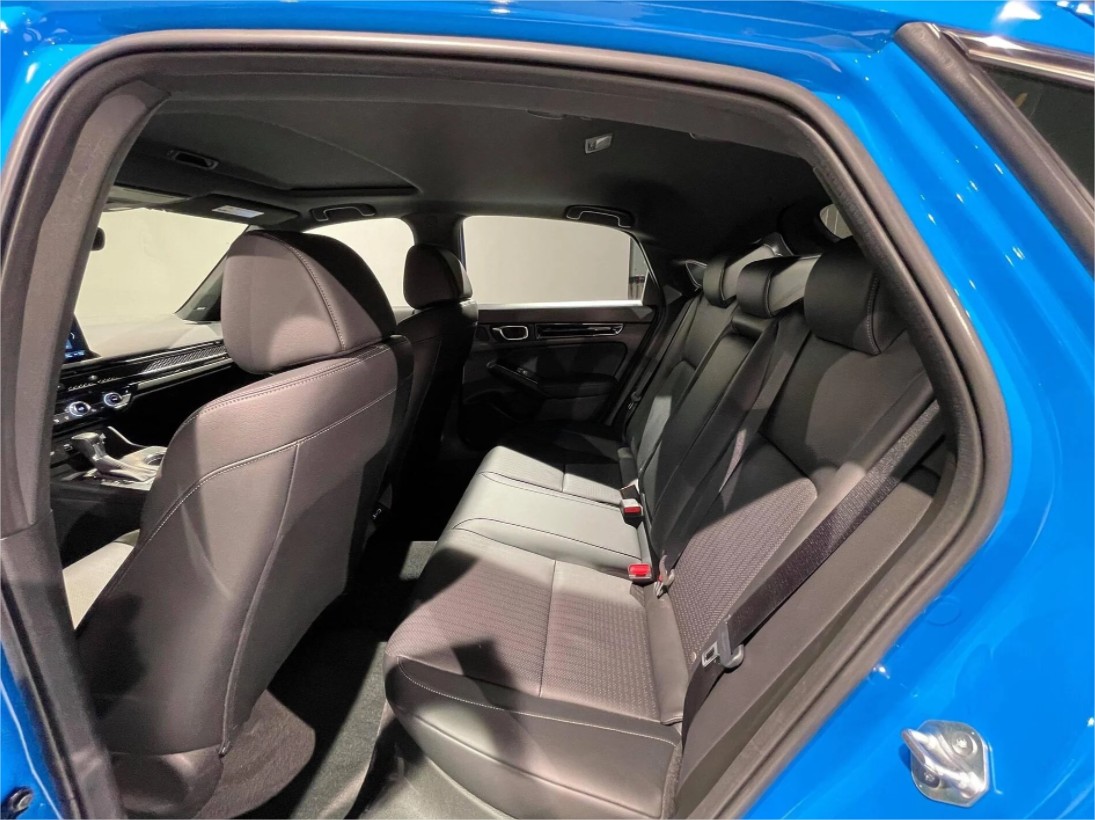 The five-door version of the small-medium has a completely different back from the four-door, although both models are almost certain to share the same grille and a large part of the profile.

The image confirms the patent designs that leaked in September 2020 as the model looks exactly the same as the 3D model we saw.

The roofline and large rear windshield have a steep slope but result in a more vertical cut than in the sedan.

The LED lights are mounted high and seem to be joined together, while being covered by a discreet built-in spoiler.

Lower on the bumper we find two chrome exhaust tips (the actual ends are smaller as shown in the second photo) and a diffuser in black. 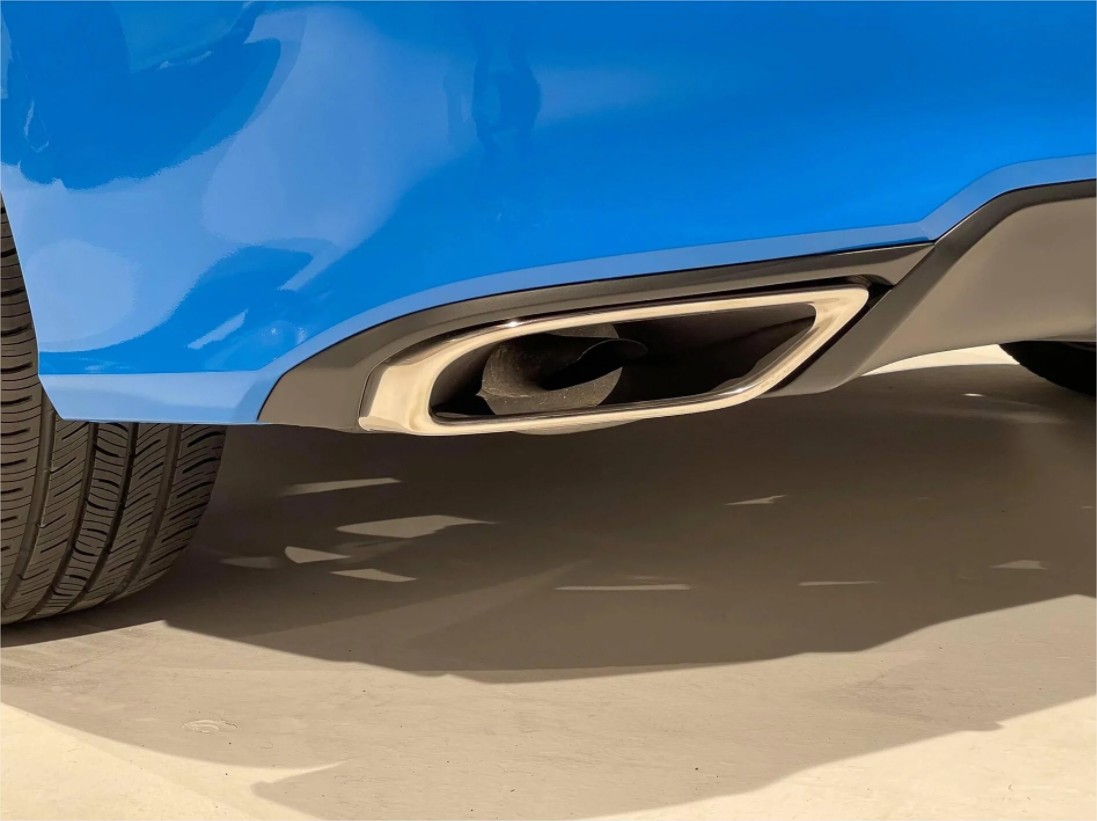 In addition to the images from the outside, an image was leaked from the cabin in which we see the space for the rear passengers.

We will have more photos and information about the eleventh generation Civic next week with the official premiere on American soil.